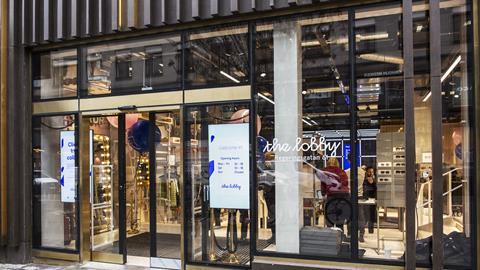 When AMF Fastigheter chief executive Mats Hederos got an RFID microchip implanted in his hand at an event in January 2015, it was a statement of intent. The company wanted to show it was prepared for the future and he was willing to undergo an invasive procedure to prove it. 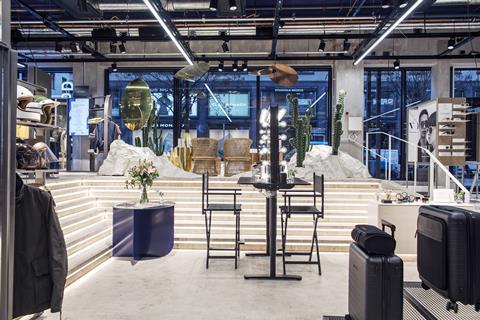 Now the firm – which is one of Sweden’s largest property investment and development companies and focuses on retail and office schemes in Stockholm – is demonstrating once again that it is not only future-gazing but trying to actively future-proof.

On 5 April this year, AMF launched The Lobby, a two-floor, 600 sq m (6,460 sq ft) store located adjacent to its HQ in the Swedish capital that is acting as a test bed for retail innovation. At any one time, scores of retailers – both start-ups and national and international brands – are in residence at The Lobby, occupying 2 sq m, 4 sq m or 10 sq m for an average of two months. They sign a marketing agreement rather than a leasing contract to aid flexibility and for as little as SEK20,000 (£1,712), have access to sales space, fixtures and fittings, staff, marketing expertise, click & collect services and new technologies in partnership with Deloitte Digital and small tech companies.

AMF stresses that The Lobby is not intended as a profit centre but as a way to trial new retail models and apply the lessons learned to its portfolio, which includes the Gallerian and MOOD shopping centres in Stockholm.

It was AMF Fastigheter’s business developer, Göran Swärdh, who came up with the idea for what would become The Lobby. 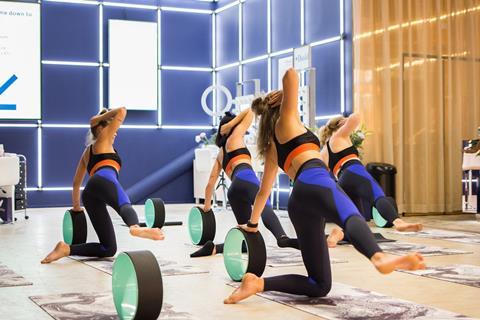 He and Annelie Gullström, AMF’s head of business development, convinced the senior management team that it was a good idea.

“We read every day in the papers that stores are closing and retailers are struggling with profitability,” says Gullström. “We need to understand this, but it’s also important to understand that it’s not the end of retail – retail as a whole is growing – it’s just an end to retail as we know it.

“Consumer behaviour is changing, partly as a result of technology, and everything now is more complex and unpredictable. We have 40 million people visiting our shopping centres every year and we have to be prepared for what is to come.”

It’s important to think about new ways of working

Gullström highlights the rise of ecommerce as one of the challenges that AMF – along with other retail landlords in Sweden – need to be better prepared for. If, as is strongly rumoured, Amazon enters the Swedish market this year, ecommerce in the country is expected to increase by 30%.

Other challenges and opportunities include new payment methods – particularly pertinent in Sweden, which is almost entirely cashless; technologies such as augmented reality (AR), virtual reality (VR), artificial intelligence and data derived from sensors; and the transition from stores that are purely transactional to ones that are purely experiential or a hybrid of both. 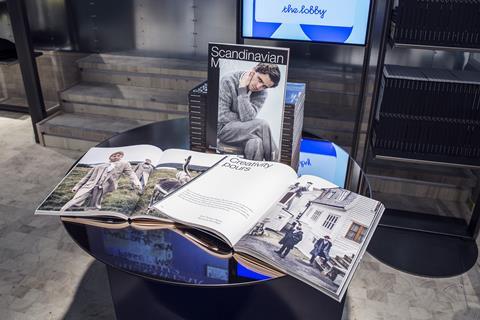 Gullström and her team spent a lot of time talking to retailers while planning how The Lobby would operate. They found that the store was becoming an experience that sells the brand and not primarily a sales channel. “[Retailers] don’t necessarily care if [a store isn’t] profitable; losses should be as small as possible but the KPI is no longer profitability,” she says.

The opportunity to trial new formats has attracted a range of retailers to The Lobby, including Volvo (there is a car on display in store); Estonian dress designer Lilli Jahilo; cosmetic chain KICKS; and suitcase brand Horizn Studios.

Downstairs, AMF trialled The Lobby Market, which gave young retail entrepreneurs and designers the opportunity to showcase products in city centre space they wouldn’t usually be able to afford. Gullström says it was well received and encouraged people to visit regularly to discover new brands they had never seen or heard of before.

However, getting new and up-and-coming brands into the space at such regular intervals proved too much of an operational challenge, so while AMF hopes to resurrect the market again in future, for now the basement is being used by NA-KD, one of Sweden’s largest ecommerce companies, which had never taken physical space before.

As well as the sales/display space at The Lobby, there is a Cava bar, which is open throughout the day and serves food as well as drinks. The space showcases Sweden’s famously high-quality interior design. Concrete floors, walls and exposed services are softened with planting and colourful rugs and furniture and there is a disco-themed toilet complete with mirror ball. AMF has also worked with companies to create bespoke scents and music for The Lobby.

The space can also be used for events, both by retailers that have taken space there and by external companies, and has hosted podcast recordings, fashion shows, yoga classes and events by Sweden’s leading lifestyle magazines.

In the five months since The Lobby launched, Gullström and the team have found that the retailers that ‘activate’ themselves by, for example, inviting their customers to The Lobby in the evening for a ‘meet the designer’ event are the most successful. 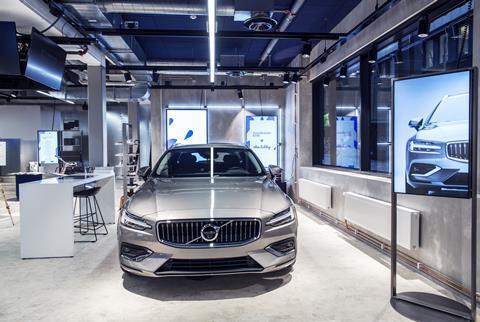 Based on these findings, AMF aims to encourage all retailers to host a minimum of two events a month and measure how this activity corresponds to sales. AMF promotes all events on its own website and social media channels and publishes The Lobby magazine, complete with interviews with retailers and designers intended to boost their exposure rather than disseminate “corporate bullshit”, as Gullström puts it.

The aim, she adds, is to be “very transparent about what works and what we could be better”. To that end, when AMF received feedback from retailers about the way they were being presented on Instagram, it hired a professional photographer to boost image quality. The number of followers and interactions on Instagram has increased markedly.

The Lobby is still in its infancy, but AMF has already gleaned some key lessons about where the future of retail may be headed and what can be done to better support retailers. The insights will also change the way AMF itself operates, says Gullström.

“It’s important to look inside the organisation as well and to think about new ways of working,” she says. “The real estate industry is not excluded from change and we need to move quickly.” 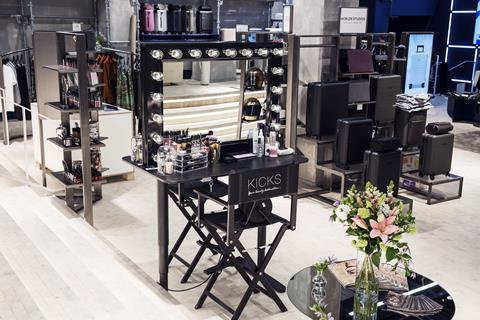 Some retailers and retail landlords still appear to have their heads in the sand. By launching The Lobby, AMF has proved that it is not one of them.

“This is just the beginning,” Gullström says. “We are on a very exciting journey – things are happening every day.”

Perhaps one day, the innovations tested at The Lobby will mean Hederos can use his RFID implant to pay for goods at AMF’s shopping centres.