While terms like ‘innovation’ and ‘technology’ have risen to near-mythical status across much of the business landscape, the property world has been historically slower and more reticent to worship at the silicon altar. 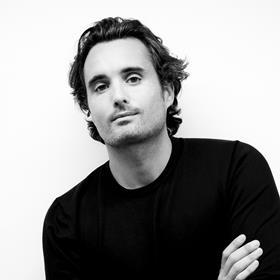 This isn’t because the sector is inherently technophobic, but rather because innovation has not been part of the culture, nor has there been any pressure to innovate until recently, and in the end technology for technology’s sake doesn’t necessarily appeal to professionals whose experience is rooted in the tangible bricks and mortar of real estate.

Technology, however, has the potential to be an incredible force for good – when used in the right way by the right people. It’s no secret that ESG has become a key concern for real estate investors, not least because the built environment is responsible for 40% of the UK’s total carbon footprint, according to figures from the UK Green Building Council.

ESG has now become ‘top of the agenda’ and technology is perceived as the only way to create significant, real lasting change within those real estate corporations and their assets.

Whoever doesn’t embrace technology, by not only adopting it into their assets but also by investing capital towards it, will face the daunting prospect of falling out of favour with its most important stakeholders, investors, customers and regulators and becoming obsolete.

There are no two ways for property developers and landlords to take and tackle these pressing issues. When it comes to decarbonisation, they have to upgrade, through technology, the entire lifecycle of their assets, from the supply chain of materials to the operations of their assets in order to make their existing and upcoming projects more sustainable and compliant with our ambitious net zero targets.

Technology is a way for the real estate industry to have its cake and eat it too: it’s possible to maximise shareholder value while delivering substantial positive social and environmental outcomes – something that was not possible until recently.

In the first case, take the concept of operational carbon – the emissions that a building produces in its daily operations – which can obscure the total amount of pollutants created. The Architects’ Climate Action Network estimates that embodied carbon, the total emissions required to physically construct the building, forms as much as 75% of the emissions over a building’s whole lifecycle.

So, if more data is available on the construction side – and real estate is an industry with a particularly diffuse supply chain that’s difficult to measure – developers can give investors a precise and reliable account of the total carbon lifecyle assessment of a building project, rather than just estimates derived from energy use.

With more accurate reporting of data, there is a range of new tools to help companies better understand these numbers and put plans in place to improve.

On the design and planning side, Vizcab is a prime example of an organisation using deep tech to enable owners and developers to assess their carbon strategies, calculating the total carbon lifecycle assessment (LCA) of a new asset in order to comply with upcoming regulatory requirements. Interestingly, as new methods of operationalising buildings emerge in order to reduce their carbon footprint they also create massive financial value creation as they enable to increase operating margins by reducing costs through optimisation.

This alignment of financial and carbon efficiency agenda through technology is going to play a critical role in fast-tracking adoption at scale.

On the construction side, companies like 011h are leveraging software, data and new materials for the construction of smart buildings out of cross-laminated timber, that are ultimately carbon neutral to produce.

And on the operational side, there are companies such as Passive Logic, which has created the first fully autonomous building management platform in order to optimise the operations of a building, for example, or the likes of Satellite Vu, which uses thermal imaging satellite technology to allow building owners to see in real-time the heat efficiency of their buildings – no longer relying on a one-off EDC rating.

To take the example of data centres, widely pegged as a sector with huge growth potential given its pivotal role in the modern economy, Qarnot Computing is harnessing the ostensibly wasted heat used in these massive computational processes; instead redirecting it as useful heating power elsewhere.

The environment might be at the top of the agenda, but it’s only one third of the ESG equation. Following the impact of coronavirus on patterns of living and working, issues of wellbeing are rising in importance. Proptech has a role to play here, too, by rethinking the way we interact with the built environment. By managing neighbourhood homes and shared spaces on a digital platform, Venn is a company seeking to democratise how entire communities interact, encouraging volunteering and community participation tools and job creation. Plentific is creating local community-based marketplaces of tradespeople in order to promote the ecosystem directly surrounding the building they service and let the building benefit stakeholders beyond its four walls.

These are just a handful of examples in which proptech companies have been pioneering the ESG agenda across the spectrum of real estate. While the property sector might not have been associated with rapid technological progress in the past, it’s clear that things are changing. And more importantly, technology in this area is increasingly acting as a force for good. Property investors, owners, developers and customers alike all stand to gain from the onward march of ESG.