The Conservatives under Truss will lose the red wall

With Truss’s accession to prime minister, the political future of England’s red wall is perilously close to toppling. Starmer and the Labour Party now have, ironically, a golden opportunity to become the party of levelling up and to deliver to the Midlands and the north what the Conservatives had originally promised. 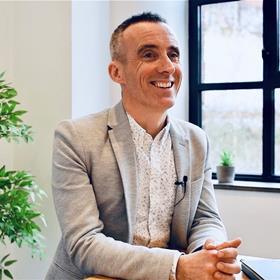 Despite this, the damage has been done. Public trust is at an all-time low, the Conservative Party is a fractured group of jostling cabinet hopefuls and Johnson’s flagship levelling-up policy has been left to die a quiet death… for now.

In a move that was originally designed to revive the Midlands and the north, levelling up has now become a sore reminder of what could have been for the UK’s disaffected regions. Accusations of pork-barrel politics regarding the allocation of funding has also become a sticking point for the once-key regenerative policy, leaving a further bitter taste in the mouth of British public sentiment.

However, the Labour Party under Starmer now has the chance to deliver a killing blow to the Conservatives’ 2024 general election ambitions – through the now deflated levelling-up policy.

While not entirely the fault of the Conservative Party, not enough was or has been done during their 12-year reign to address the regression of high streets from ‘Cartier to Candy’.

By taking up the mantle of community-led urban regeneration and high street revitalisation, especially in the current climate of soaring costs and high inflation, Labour can support the growth of local jobs and the recovery of city and town centre commerce while delivering the regional revival promised under the Conservatives.

It also makes sense from an electoral standpoint. Lost in the 2019 election by Jeremy Corbyn and gifted to Johnson in a rather shock turnaround of northern party loyalties, the red-wall bastion is ripe for retaking under a rebranded Labour levelling-up policy.

Of course, the Truss government could take on levelling up and try to hold the line along the red wall – but to what extent would the British public buy into a renewed Conservative plea for support following what seems like an age of political uncertainty and inaction?

When it comes to high street revitalisation itself, there are a number of ways to do it. Gone are the days of anchor developments that attract large single tenants. Urban design is now moving towards ‘clusters’ of places that prioritise connectivity and culture just as highly as they do commerce – creating new pocket communities and strengthening existing ones in the process.

Creating central public spaces that form the heart of a neighbourhood’s artistic, social and civic identity has always been the vision at Broadway Malyan, and is seen throughout our work in Manchester with our ‘Streets for All’ strategy and our rejuvenation of Colmore Business District in Birmingham city centre.

I could talk all day about high street renewal, from re-imagining a town centre’s physical, social and cultural identities, establishing opportunities that maximise economic, social and environmental benefits, to urban greening masterplans and beyond, but the matter still stands.

If Starmer is ready to take up the cause of northern and Midlands renewal, he and the Labour Party can pull off a political heist like no other. There is no better time for it – public trust has been massively eroded, the Conservatives have been rocked by a highly charged leadership race and Truss’s premiership is as green as grass. Levelling up is daring to be taken on.

For it to work, Starmer must focus on where the British people live, work and play. While the high street has suffered a decline in recent years, a new system of devolved regional planning control, promised in levelling up, can revolutionise city centres across the North West, Yorkshire and the North East.

Strengthening communities is only successful when done at the local level. And communities have always been a critical component of our successful town centres. While the Conservatives won’t simply shut up shop along the red wall, Truss’s victory has given the Labour Party a vital backdoor, which all started with the obfuscation and casting aside of levelling up during the leadership race. With the right approach to levelling up, it could be the foundation in which our most disaffected regions are rebuilt, and where Labour take 2024.