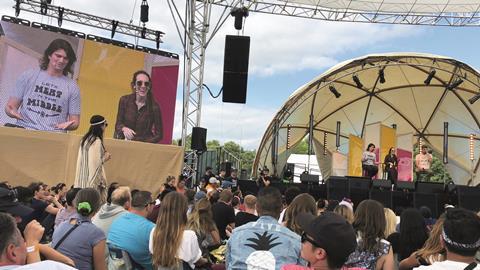 The cult of WeWork

Watching Adam Neumann, the billionaire co-founder of WeWork, address the crowd at the co-working company’s annual three-day Summer Camp is a bizarre experience.

Minutes before his much-hyped appearance in front of an estimated 8,000 people gathered in a field near Tunbridge Wells in Kent, a marching band that is playing endless renditions of The White Stripes’ ‘Seven Nation Army’ merrily leads festival goers to the Creator Stage to hear their leader speak.

When Neumann, flanked by his wife Rebekah and Miguel McKelvey, the co-founder of WeWork, finally emerges, he is greeted with cries and screams akin to those usually reserved for popstars. People spontaneously start singing “ole, ole, ole”.

For a good 15 minutes, Rebekah and McKelvey, who wears a T-shirt that says ‘Eat more plants’, applaud Neumann’s “incredible levels of energy”. Neumann, who himself is sporting a ‘Let’s meat in the middle’ T-shirt, nods enthusiastically and replies: “When you believe in something bigger than yourself, you don’t need much sleep.”

Welcome to the relentlessly upbeat – some argue cult-like – world of WeWork. 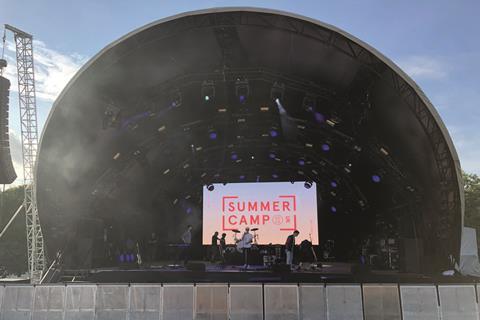 Like most festivals, Summer Camp boasts a stellar line-up of bands, with Bastille headlining the Friday night and pop megastar Lorde playing the Saturday evening. But while it looks like a conventional festival and costs pretty much the same – my ticket was £249, although members pay a reduced rate of £149 – it is anything but.

For one, a seven nation army really couldn’t hold this lot back. Fandom doesn’t come much more fervent. One energetic WeWork employee, who has flown in from California, screams: “You’re changing the world, Adam. We love you.” Another man, who has flown in from India, starts singing: “Let’s go, WeWork, let’s go.”

Rebekah, who is also WeWork’s chief brand officer and the cousin of Hollywood actress Gwyneth Paltrow, begins to cry. Pointing to her husband’s sister Adi in the front row, she declares: “I’m so grateful you took care of Adam.”

She also thanks Adi for helping pay Adam’s rent when he first moved to the US and – between the tears – adds: “You helped him create the biggest family in the world. A big part of being a woman is to help men [like Adam] manifest their calling in life.”

Neumann laps up the praise, promising: “In five years, WeWork will be the new norm for education. There are 150 million orphans in the world, but we want to solve this problem and give them a new family: the WeWork family.”

Neumann and McKelvey have already built up a sizeable family since launching the business in 2010. Today, WeWork is valued at $20bn (£15.5bn) – making it a rare ‘decacorn’ business. 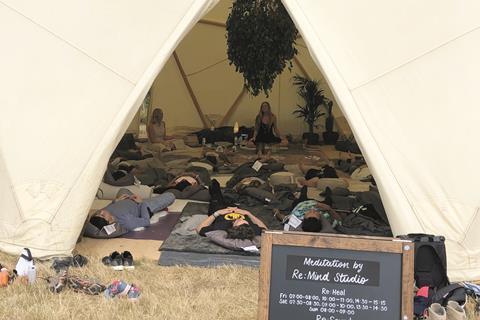 Thanks to its success attracting investment, most notably from SoftBank, it has been able to expand rapidly, opening 436 locations in 81 cities across 20 countries. In terms of square footage, it is London’s biggest corporate office space occupier, charging between £450 and £900 per month for hot-desking and dedicated office space; vegan snacks and beers are thrown in for free.

Neumann’s ambitions extend beyond offices. He’s expanding into co-living (WeLive), fitness (WeGym), education (WeLearn) and nursery schools to look after its members’ children (WeGrow) and even has aspirations to build his own towns (WeBuild).

However, the business, with its promise of minimalist furniture, quirky extras like foosball tables and ‘woke’ office wall slogans such as ‘Life is just an illusion’ and ‘This is really happening!’, is not without its critics.

One industry insider told Property Week last year: “I have a horrible feeling WeWork is going to hit some rocky times because it has grown so quickly and taken great big chunks of space at enormous rents with rent-free periods that are starting to come off soon and it does worry me that this could be like the dotcom bubble.”

Many do not think the numbers stack up, noting that the company posted revenue of $421m in its last set of accounts, yet recorded net losses of $723m. They add that WeWork’s aggressive expansion strategy – in June it announced it had cash commitments of around $4bn – could leave it exposed in an economic downturn.

Fortunately for Neumann and friends, no detractors have made their way to Tunbridge Wells for Summer Camp. The place is buzzing with positive energy.

There is no meat in sight and enough vegan food stalls to appease Morrissey, while the sound of Morcheeba’s ‘The Sea’ creates a Zen-like atmosphere. There is an area where people can do yoga and meditate. There is also an area where you can fire a bow and arrow or lob an axe at a target.

Everywhere you look people are wearing T-shirts with radical slogans. Several white women pass wearing WeWork-branded T-shirts that read: ‘I stand with black women!’ I also see WeWork-branded tees that feature messages such as ‘Never settle!’ as well as ‘Let’s meat in the middle’ – a reference to the firm’s militant veganism. I’m used to attending festivals where people are gurning their faces off while failing to eat a kebab, yet here I find signposted wokeness at every turn. I think I need a drink. 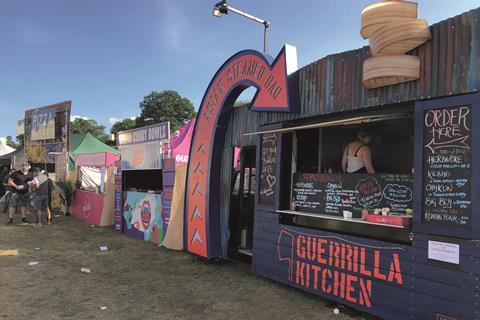 Amy, a bartender, works a lot of festivals, but has never experienced anything quite like this one. She tells me: “It’s a bit like a cult. They make us open the bar later so people can attend the talks. I’ve seen them march people into some of the tents.”

Another woman, Sarah, who has flown in especially from the States, admits: “People are super friendly, but as soon as they find out what department you work in, they are trying to sell something to you.”

If WeWork members and employees are being offered four days of fun, I sense it is being offset with regular injections of corporate propaganda. However, Mark, who works in WeWork’s tech division, believes Neumann is simply misunderstood: “I can see why you might think this is like a cult, but working in tech we are isolated from that.

“Look, we’ve met so many friends through Summer Camp, so what’s so bad about that? One week I can work in New York and the next in LA – that’s a very unique proposition. Adam is bringing people together.”

It is hard to argue with the claim that Summer Camp, an efficiently run festival, where employees sleep in luxury tents and sip gluten-free beer while watching Lorde belt out ‘Royals’, brings people together. After all, for WeWork members, this is a chance to let loose and make new friends in a new country.

It is also perhaps too easy as a Brit to be cynical about such an overtly American-style extravaganza. Laura, an advertising exec who is slightly older and savvier than most of the festival goers, says: “There are a lot of Americans here today, right? They love the cult leader stuff and the big emotional speeches – they connect to it. Just take it with a pinch of salt and have some fun.”

But as a Brit, that is easier said than done, especially when soon after speaking to Laura, my presence is clocked by two passive-aggressive members of the WeWork media team. They follow me to the main stage and question why I am here. When they ask me for my impressions of Neumann’s talk, I awkwardly reply: “It was, erm, different.” 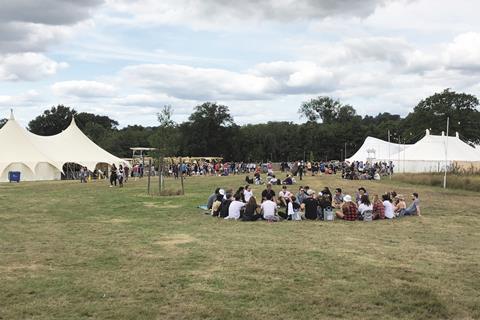 Sensing it might be a good time to leave or risk being used as a target in the axe-throwing area, I do a final loop of the Summer Camp and stock up on beer (my ticket comes with a barcode that gives me £100 worth of free bar credit).

At the bar I encounter Daniel, a New York-based WeWork employee. He’s convinced that the business can change the world and achieve its corporate goal of creating a “new social consciousness”.

“Adam is just doing his job to inspire,” he says. “This is a lot deeper than just Adam; we [employees] are the glue holding WeWork together. We have 60 buildings in New York, but we’ve just scratched the surface globally.” For Daniel, the prospect of a ‘WeWorld’ is a very real one.

My final chat is with Selim, who holds a senior position in WeWork’s Bangalore-based office space. He talks about Neumann with an intensity that is slightly unnerving. “Adam wants to build a better world. Everything he does is to galvanise human beings. He can become a name bigger than Mark Zuckerberg.”

For many WeWorkers, he already is. And there was me thinking the business just sold hip office space.

Names have been changed.