4
The debt market is resilient
Insight

The debt market is resilient

An unexpected feature of the past 12 months has been the resilience of the debt market. 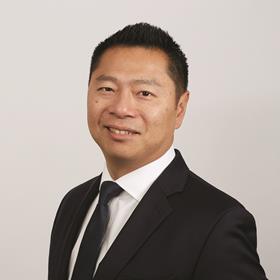 Direct lending funds, challenger banks and insurers have reshaped the funding landscape since the global financial crisis, when banks were forced to set aside capital to cover lending positions and bank debt became harder to obtain and more expensive.

Once again, banks are having a tougher crisis than other lenders and are more constrained as a result. Their clients range from large listed corporates to small SMEs and all have been impacted, and there has also been political pressure to support the UK economy. Little wonder that the bar for writing new business has moved higher and higher.

There is a different dynamic in the direct lending market. Debt funds, with committed capital largely from institutions and significant dry powder, have an incentive to put money to work.

Last March and April, focus was on portfolios and individual credits, attention quickly returned to deploying capital. New lending fell, but this meant new deals were well covered. This did not stop repricing, with development debt showing a 300 to 400 basis point premium to pre-crisis levels.

Senior and junior debt margins have compressed since then, although volumes are down significantly. On top of this, funds have capital to deploy – Preqin data shows the largest funds launched in the past year are looking to raise more than £3bn.

There has been a flight to resilience. Operational real estate markets, especially healthcare and build-to-rent, have shown their ability to present credible plans, and are a focus of deal activity. Competition for assets is evident; we have seen loan-to-cost ratios rise to 85% and beyond.

For development debt, financing characteristics include a mixture of drawn and undrawn facilities issued with two to four year maturities, with lenders targeting an IRR of 8% plus. Debt funds can lend from £20m rising up to over £200m.

Revolving credit facilities, which allow borrowers to draw down or withdraw, repay, and withdraw again, are another attractive option for some borrowers. IRRs for lenders are typically above 12% and can be coupled with equity warrants to increase returns. Investment debt is also available from debt funds and some clearing banks.

Unlike during the global financial crisis, debt in all forms is available in what is becoming a structured finance market with the sophisticated debt funds. There is a mentality of “give us a problem and we will try to find a solution” – within reason.