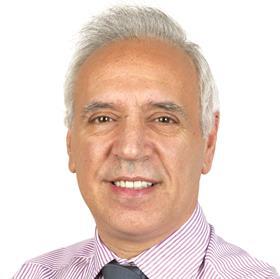 Some fans wept over a sea of orange-and-yellow “everything 20% to 80% off” signs strewn over nine floors and carried by hawkers around town.

But others merely smirked. Despite media and fashionista nostalgia over Barneys, its ‘iconic’ era truly lasted only three years – from its Madison Avenue launch in 1993 to its first bankruptcy filing in 1996.

Barney Pressman founded the store as a small discounter in the Chelsea neighbourhood in 1923. It grew modestly at Seventh Avenue and 17th Street until the 1970s, when it blossomed into a multi-level showplace for designers such as Giorgio Armani, whose collections Barneys introduced into the US, and for Givenchy and Pierre Cardin. Pressman’s family also helped to launch such new names as Azzedine AlaÏa.

In 1993, Pressman’s son Fred and grandson Gene moved Barneys to a spectacular, much larger location at Madison Avenue and East 61st Street. Behind a French limestone façade with Parisian-style window trim stood a 275,000 sq ft, sexy fashion wonderland. It was New York’s largest new fashion store since the Great Depression. Customers oohed over the most alluringly dressed sales team in town and eye-popping tropical aquariums.

Madison Avenue at the time seemed to thrive. From East 57th Street to at least 79th Street – some claimed the prime blocks extended to 86th Street — was the Big Apple’s snazziest shopping corridor, longer than Old and New Bond Streets combined. It was less touristy than Fifth Avenue and close to the city’s wealthiest residents. The ultra-privileged and the fashion media genuflected before Barneys, the flagship of this most exclusive corridor.

But even before the internet, Barneys on Madison made little sense. Its 1993 launch came when the city was still reeling from a 30-year crime surge and suffering from the 1987 stock market crash. The Pressmans and later owners kept expanding with new stores around the country, diluting its once singular status. Even so, the 1996 bankruptcy was regarded as a mere technicality by acolytes in thrall to its cutting-edge designers, nightclub vibe and trendy restaurant Freds. 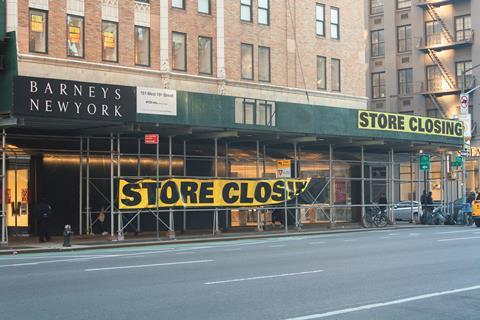 Barneys changed hands several times after that. The Pressmans sold their remaining 2% stake in 2004. With each new owner, the store lost the touches that had made it special. Handbags and cosmetics took over Barneys’ ground floor, making it seem more like Macy’s and Bloomingdale’s. I knew it wasn’t the same when “Heineken” – an aquarium eel named for its striking green skin – disappeared, along with the rest of the fish.

Rumours of deliveries withheld due to late payments proved to be fact. In 2017, landlord Ashkenazy Acquisition Corporation was demanding triple the $16m annual basic rent. An arbitrator settled on merely doubling it one year later. Only simple-minded observers blamed Barneys’ demise entirely on a ‘greedy landlord’.

The final owner, hedge funder Richard Perry, bought the controlling interest in 2012. It saved Barneys from what would have been a second bankruptcy filing by a Dubai fund, which had bought the retailer from Jones Apparel Group. Astoundingly, Barneys continued to expand across the US even as its finances were crumbling.

Perry was missing in action in the summer of 2019 when the chain again filed for bankruptcy. The only clue to his whereabouts came in Instagrams posted by his wife, which revealed him to be in Bordeaux, France, and later in the resort town of Eilat, Israel.

In October 2019, Barneys was sold to Authentic Brands Group (ABG) for $271m. Creditors claimed the store was “massively insolvent” even after the sale. ABG brought in liquidators to unload remaining inventory and said it had a deal with Hudson’s Bay Company to sell Barneys-labelled merchandise at Saks Fifth Avenue. But if people wouldn’t buy it at Barneys, why would they buy it at Saks?

ABG said the Madison Avenue store would remain open in part of its original space for at least a year – not as Barneys, but as a venue for “experiential pop-ups.”

Selling floors grew more depressing. The liquidation firm used them to unload goods from elsewhere. The saddest sight was a box of medical tongue depressors for sale – just the thing for New Yorkers who gagged over the debacle.