The Elizabeth line is a sleeping giant

The opening of the Elizabeth line in May represented a historic achievement. To say Crossrail had been long awaited is an understatement: plans for an east-west railway across the capital have been around in some guise since the 1880s, albeit the Crossrail name was not coined until 1974 and royal assent only granted in 2008. 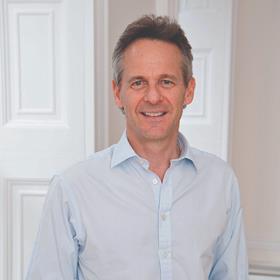 But following delay upon delay and a £3bn overspend, has 140 years of effort been worth it? Is Crossrail delivering the transformation of the areas on which the property industry pinned its hopes and fortunes?

While the answers to both questions might be ‘yes’, such affirmations are perhaps less resounding than we might have expected. After all, the line’s launch has come at an unfortunate time: summer in London is always quieter, tourism continues to be affected by Covid and, while three years ago commuters would have celebrated a launch that raised central London’s rail capacity by 10%, with weekday passenger numbers on the London Underground network still far lower than before Covid, Crossrail’s impact has been considerably diluted.

Official TfL figures show 10.25 million journeys happened on the Elizabeth line in the first month since it opened, which has been described as roughly in line with predictions, although it is unclear whether those predictions were made before or after the pandemic.

With many companies and employees still establishing post-Covid working patterns, it feels as though the buzz we might have expected from such a momentous occasion has not really materialised.

But the fact is, the Elizabeth line today is offering just a taster of what is to come. Bond Street remains closed, journeys from the west require a change at Paddington and direct trips to Heathrow have not yet started. When these things change on 6 November, the true potential of the line will be realised.

But the line is already delivering huge benefits by cutting journey times across the capital. Getting from Farringdon to the West End is a three-minute journey compared with the 16 minutes it would have previously taken, while Canary Wharf can now be reached from the City in seven minutes instead of 19.

It is not just areas around the stations that are benefiting. Potential tenants at The Kensington Building, our Kensington High Street office scheme created with Janson Urban, are attracted by the increased connectivity Crossrail brings, with journey times across London halved thanks to the area’s proximity to Paddington. Areas such as Notting Hill are also set to benefit.

With an unfortunately-timed launch and only a partial opening, the Elizabeth line remains something of a sleeping giant. Certain areas are already feeling a boost; others – for example in the Thames Valley, where towns such as Slough are set to benefit from direct connections to many central London locations beyond Paddington for the first time – have just a couple of months to wait.

The Elizabeth line has not transformed London and its surrounding areas overnight like many imagined, but then property has never been a game of overnight transformations. Some of the benefits are still to come and the real Crossrail effect – and rent rises – will be felt over a much longer term.