​The fate of statues under the new National Planning Policy Framework 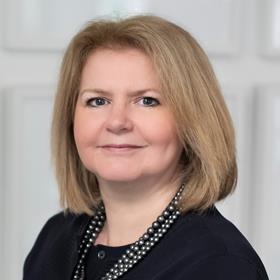 One notable amendment, a modification to the application process for the removal of historic statues, is a political hot potato.

The issue was brought to the top of the agenda during the Black Lives Matter protests with the toppling of Edward Colston in Bristol and the subsequent debate over whether such actions constitute a rewriting of history. In the revised NPPF, the secretary of state has now offered clarity on the government’s position.

Specifically, paragraph 198 states that when dealing with applications “to remove or alter a historic statue, plaque, memorial or monument” regard should be given to their importance and to “explaining their historic and social context”.

These amendments go further than previously in respect of protection of the heritage of statues and are allied to changes in legislation.

For example, the government’s apparent concern over a lack of safeguards for unlisted statues has been addressed and applications for the removal of unlisted as well as listed statues and monuments will now be subject to an explicit requirement to obtain either listed building consent or planning permission.

The changes are intended to integrate the government’s heritage policy of ‘retain and explain’ into its wider national planning policy. Questions remain however over whether or not these statues represent the communities that reside alongside them and facilitate socio-cultural integration. Importantly, debating whether or not to retain a monument is not necessarily about censorship, it is about what and how we choose as a society to commemorate.

The government has set out its stall and these amendments do provide a welcome mechanism to determine, through reasoned debate, which of those historical assets we wish to preserve and continue to commemorate, and which should be replaced – potentially by new figures, reflecting who we are as a society and what we value now.

Of course, we are yet to see how these changes will be enacted in practice. One provision that may become a sticking point for local councils is a requirement to defer to the secretary of state in instances where Historic England has objected to a decision to remove a particular statue. There is a risk, therefore, that the changes may result in decisions being taken out of local hands. When determining under these new amendments which statues should be retained, the onus must be on creating a balance between local and national interests.

The questions raised by these changes may end up having wider implications beyond statues, potentially spilling over into discussions about, for example, the viability of preserving controversial place names. Take the examples of Blackboy Hill and Whiteladies Road. The former has various origin stories attached to it, most of which are indicative of the racism of the time, and therefore not in keeping with the values of our own.

In any case, the intensity of the debate over their removal proves, if nothing else, that statues matter, and the revised NPPF shows that cultural issues such as community values and heritage are increasingly to be considered under the regulatory purview of the planning system.