The industry must be more inclusive

Across all industries, the need to ensure a more diverse and inclusive workforce has been declared a priority. A big focal point in these efforts has been the need to increase the number of people from minority groups who are able to meaningfully participate in the labour market, from the most junior of positions to executive level. 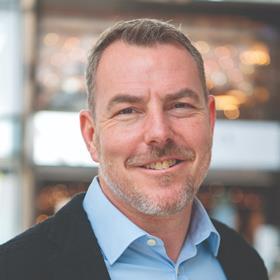 However, what organisations often overlook is whether they’re creating a work environment that is attractive to members of minority groups such as the LGBTQ+ community.

Engendering such change in the UK property sector – at scale – has been challenging. But substantial progress has been made over the years, from increased representation in leadership within industry bodies to recognised workplace improvements within industry organisations.

For example, where only two employers within the property sector had previously made LGBTQ+ organisation Stonewall’s Workplace Equality Index top-100 list, seven are now listed in their 2020 index.

Even so, this does not mean that the industry can rest on its laurels. And, as we once again celebrate LGBTQ+ History Month this February, we need to take a close look at what the workplace is like for property professionals in the UK and what we can do to improve on these conditions and the treatment of members of the lesbian, gay, bisexual and transgender communities.

Organisations within the industry must take decisive action against harmful incidents

We need to see a continued and strengthened push in efforts to make sure that the property sector remains conscious of its treatment of LGBTQ+ community members both within and outside the workplace.

As it currently stands in the world of work, levels of acceptance are not consistent across the industry. The property sector needs to take real action to create an inclusive environment that encourages and allows a diverse workforce to be their authentic selves and feel comfortable in the workplace.

Creating a workplace environment that allows people to be completely who they are, where their gender or sexuality is not stigmatised, is particularly important in ensuring a sense of belonging for LGBTQ+ community members who already disproportionately face discrimination, harassment and bullying. 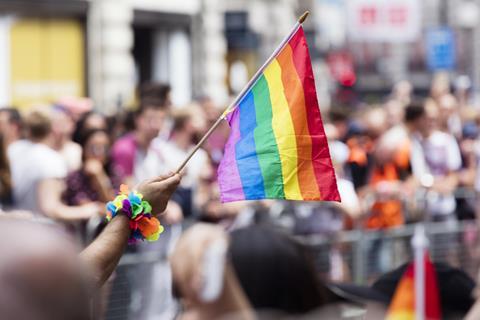 In fact, a 2018 survey conducted by the Government Equalities Office found that 23% of LGBTQ+ respondents had experienced a negative or mixed reaction from others in the workplace – 11% due to someone disclosing their gender or sexuality without their permission, 11% due to inappropriate comments or conduct and 9% due to verbal harassment, insults or other hurtful comments.

Meanwhile, 77% of respondents who had experienced a negative incident in the workplace noted that they had not reported the most serious incidents, largely because they thought it was not worth it or that no action would be taken to make any kind of change.

Fewer respondents are coming out at work or to clients than before. A survey in 2021 revealed a significant drop compared with previously higher figures of people who stated that their firm provided a safe place for LGBTQ+ people to come out. Additionally, only 22.5% of respondents believed enough was being done to promote the inclusion of LGBTQ+ people compared with 28.4% in 2019.

The impact of a non-inclusive or inauthentic work environment can lead to LGBTQ+ community members feeling like they need to hide a fundamental part of who they are or even avoid entering into industries they might not feel valued or safe in. It’s only natural that when people are comfortable to be their authentic selves in the workplace they are more likely to want to work there.

Facilitating a genuinely inclusive property sector requires a culture of learning, allyship and acceptance. The industry needs to have frank discussions about these issues and how to solve them, prioritise wellbeing and mental health and increase the visibility of LGBTQ+ role models within the sector to inspire others from the community and showcase the sector as an attractive career path.

But most importantly, organisations within the industry need to take decisive action against any harmful incidents targeting members of the LGBTQ+ community that occur in the workplace.