​The jobs crisis in hospitality is worsening

A thriving London is good for the rest of the UK, and the West End should be at the very heart of the nation’s economic recovery. But as London gets back to business, recruitment has become an existential issue facing the West End’s hospitality sector. 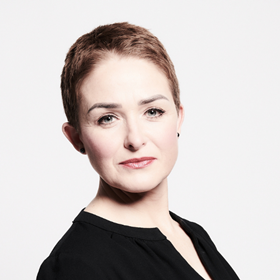 The latest official figures from the Office for National Statistics show there were 173,000 vacancies in the sector across the UK last month, many in the capital. This issue is already hindering the post-pandemic recovery. It’s like another lockdown for businesses, but this time without support from the government.

At Heart of London, we recently undertook a survey of employers in the hospitality and leisure sector in the West End of London, which represent more than 5,000 paid positions. This revealed an average loss of 20% in sales due to staff shortages.

These same West End hospitality businesses reported that an average of 19% of jobs are currently unfilled, with the principal reasons cited as a pure lack of applicants (both from the UK and internationally), jobs not meeting pay expectations and the cost of living in London.

The hospitality sector is making huge efforts to attract domestic workers, including through higher wages, but there is a real fear that the numbers will not be enough. A £1m scheme, funded by Westminster City Council, has been set up to fill vacancies in London’s West End.

But this issue is more serious and complicated than being a matter that can be solved through a rigorous recruitment campaign. Action is urgently needed from government, through reforms, to boost the number of overseas as well as domestic applicants.

In Heart of London’s poll, the most common answer in response to being asked what would meaningfully help fill staff shortages was for the introduction of a visa not covered by the points-based system, specifically targeting hospitality jobs; expansion of the Youth Mobility Scheme to more countries; and amending the points-based immigration system to consider sectors with acute shortages.

Employers are also calling for a national marketing campaign to promote the sector and opportunities within it, and for greater support for transport to and from work, including a roadmap for further extensions to the Night Tube and rationalising transport fares for workers in hospitality.

The survey results of the hospitality sector in the West End are comparable with the national picture (albeit slightly more dire). UKHospitality carried out a nationwide survey of hospitality businesses earlier this year that revealed an average of 15% of positions are currently vacant and open for application, and on average, 16% of sales are being lost as a result of staff shortages.

Data from both surveys confirm that an acute shortage of labour is stifling the recovery of the hospitality sector. This is tragic in itself, but alongside rising costs for energy and raw materials, the inequity of business rates on hospitality and diminishing consumer confidence, it also constrains the incredible economic and employment potential that the hospitality sector has, which could be driving wider economic recovery.

These problems become more acute as time passes. We need immediate action to stem a further decline of trading conditions, and a longer-term strategy from an incoming prime minister and their administration to open up labour markets, bolster consumer confidence and allow hospitality businesses to plan employment and investment.

That’s why we urge the candidates aspiring to lead the Conservative Party to pledge to take the practical, pragmatic steps needed to alleviate this shortage and secure the future of the most diverse, energetic and cutting-edge destination in the world.