While there may be good intentions behind the government’s Leasehold Reform Bill currently before the House of Commons, as it currently stands the bill will do little to address one of the main issues at the heart of the property industry – spiralling ground rents. 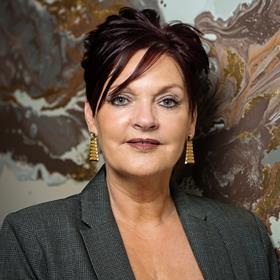 However, in recent years many of the large developers have already announced they will end the practice of ground rents on new leasehold properties, not least in part due to various CMA investigations forcing some of their hands. The move from the government to outlaw the practice therefore seems somewhat unnecessary at this time.

Moreover, what the bill fails to do is tackle the escalating ground rents that millions of existing leaseholders are currently having to pay on leases that have some time yet to run. The practice of ground rents doubling every 15 years or so has become so widespread that some rents are now nowhere near the figures that existed when leases were first taken out.

This has led to lenders refusing to lend where the ground rents double and exceed £1,000 in London and just £250 in the rest of the country. Additionally, there has also been a recent increase in cases of individuals having to remortgage their homes in order to meet the cost of a lease extension.

Although the government is planning on introducing further reforms to combat some of these issues in the coming years, the unbearably slow pace of change and the stack of other issues mounting up on the plate of the Department for Levelling Up, Housing & Communities mean it may be some time before these can be enacted into law.

Furthermore, there is no legislation presently in place that controls the amount of administration charges landlords and management companies can charge, some of which are extortionate. Therefore, in some ways, it may have been easier for the government to amend existing legislation to solve an array of problems in one swoop, rather than introducing another new set of laws for developers, landlords and professionals to absorb and adhere to.

Leaseholders have been waiting for and have been promised changes to outdated leasehold structures for years. Considering the government is still maintaining its commitment to its rather ambitious target of delivering 300,000 new homes every year, it will need developers on side in order to achieve this. Through the Leasehold Reform Bill, the government would therefore be wise to shift the focus away from developers and onto what it can do to improve the lives of existing leaseholders up and down the country.

Linda Kirk is director and head of conveyancing at Adkirk Law