The poster boys for digital billboards

For all that it specialises in the classic industry modus operandi of finding unloved and underperforming sites and redeveloping them to reach their full potential, Damian Cox and Patrick Fisher’s Wildstone is not your average property business. The sites it spots are not for office buildings, warehouses or residential properties, but outdoor advertising locations. 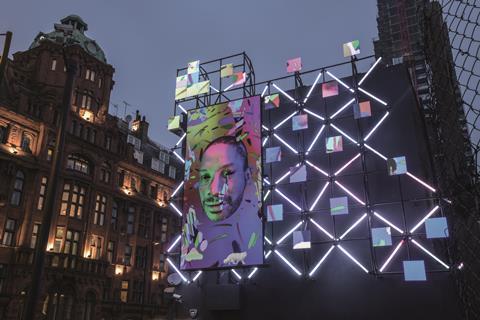 The ambitious pair – who worked together at Cox’s previous outdoor advertising venture, Ocean Outdoor – decided to leverage their interest in property and knowledge of the outdoor advertising market to create a new business: a property-owning landlord providing premium digital outdoor ad sites, at a premium price.

“We thought we could bridge the gap between how much money outdoor advertising companies gained from a site and how much the landlords generated – there was a huge disparity at the time,” says global chief executive and founding partner Cox. “We’ve always been passionate about architecture and design, so we thought if we created something better on the street, surely the client would pay more money for it?”

And so, in 2010, Wildstone was born. If you have recently driven along the elevated section of the M4 in London known as the Golden Mile or through the Hyde Park Corner underpass, or walked past the Shoreditch Digital Canvas, you can hardly have failed to spot the fruits of their labour – huge, high-tech, high-performance digital outdoor advertising structures that are as far away in concept and delivery from an old-school hoarding with a poster stuck on as a pocket calculator is from the iPhone X.

“The days of the bill poster up a ladder are long gone,” says Cox. “The number of those sites is reducing every week. There is a big cull going on – ad agencies don’t want them because their clients don’t want them and some landlords are only earning £250 a week [from their old billboard sites].”

What that means is a plentiful supply of potential sites at temptingly low prices. But by no means are all these sites suitable for Wildstone’s high-end treatment. “You can’t invest £250,000 in every outdoor site in the UK, just as you can’t build a Soho House hotel in the middle of somewhere like Newport,” says Cox.

So what makes a good site and how do they go about finding them? Like so much else in property, location is vital. “There is data available – how many eyes would see a site and what is the demographic? But the other part is knowledge of the market – from the outside, outdoor advertising looks simple but the complexities are deep and twisted.” 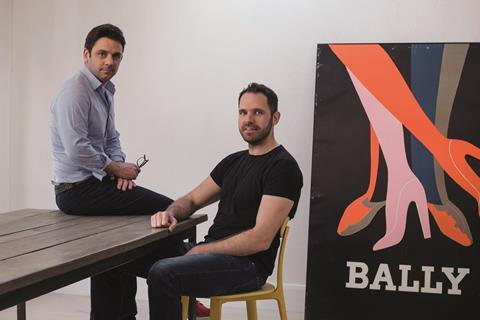 Damian Cox, global chief executive and founding partner, Wildstone (left)
Cox started his career in outdoor advertising in 1999 for blowUP Media, before setting up his own advertising company in 2001. He then founded Ocean Outdoor in 2004. He sold the business to Smedvig Capital in 2008 and his remaining stake in the company in 2012, when the business was acquired by Lloyds Development Capital. Cox founded Wildstone in 2010.

Patrick Fisher, founding partner, Wildstone (right)
Fisher joined Wildstone shortly after its inception in 2010, having met and worked with his fellow founding partner Cox at Ocean Outdoor. He is chief executive of the firm’s Pulse Smart Hub initiative and project lead on high-profile site development. He started his career as a trainee manager at Laing & Co.

Take the site on the M4 elevated section – 1053 Great West Road. It was one of the first sites Wildstone bought and there was a reason the company got it for a relatively knock-down price. “When we bought it we couldn’t rent it. No one wanted it because it was dilapidated, horrible and old. We spent a year redesigning the site and getting planning consent. Now we get the highest rental on that corridor – hundreds of thousands [annually].”

The company prefers to take freeholds where possible, but will also deal in leaseholds for the right site. “If the freeholder doesn’t want to sell but will offer a lease, the chances are they will make more cash with us than with anyone else,” says Cox.

Our Pulse Smart Hubs are next-generation telecoms kiosks. There is free public wifi and access to local services, and it doesn’t cost the public purse anything

Innovation is a Wildstone trademark, according to the other founding partner Fisher, who is leading the firm’s latest initiative – providing smart hubs in city centres, locations not only for advertising but also for wifi hotspots and so-called smart-city tech such as footfall counters and air-quality monitoring – all funded by advertising.

“Our Pulse Smart Hubs are next-generation telecoms kiosks. There is free public wifi and access to local services, and it doesn’t cost the public purse anything,” says Fisher.

The £100,000 Pulse Smart Hubs evoke the design of the classic red telephone box and 20 have already been installed in Belfast. Planning applications for a further 24 in Leicester are under consideration. “We’re always looking for ways we can add value,” adds Fisher.

Following their hunch that the outdoor world was ready for a new high-quality product has proved a pretty sound move for Cox and Fisher. Wildstone owns around 60 sites and reported a pre-tax profit of £1.8m on turnover of £15.7m for the year to last October – not bad for a business that is, as the pair admits, not that long out of start-up mode.

Negotiating the planning process remains a major investment in time and effort, but the firm’s focus on good design in a sector hardly renowned for architectural merit helps there too. “Getting planning is no mean feat. But because we invest so much in the quality of our design and materials, planners are more likely to grant consent,” says Fisher.

Because we invest so much in quality, planners are more likely to grant consent

The business originally began as a consultancy helping public sector clients to get the most out of their outdoor sites. By using their expertise, Cox and Fisher could deliver big upticks in rental income. One local authority client had been told by an unnamed agent that the maximum annual rent they could expect for a certain underpass site was £250,000. Wildstone took it on and delivered no less than £1.4m annually, over 15 years.

But the pair – who each own 25% of the business – soon realised that the big money was not in consultancy fees but in the sites themselves. “We thought, we’ve got expertise in matching value, we know the sites, so why aren’t we buying them? We started using our ancillary cash to buy sites and become a landlord ourselves,” says Cox.

The new acquisition strategy called for more cash than a small business could deliver, so the pair went on the fundraising trail but weren’t happy with the terms on offer. “We were courting most of the property funds in London, but we didn’t want to give away equity in the business,” Cox says. “I begrudge having to give away 80% of the upside so that someone can give me cash while I only get to keep 20% for doing all the work.” 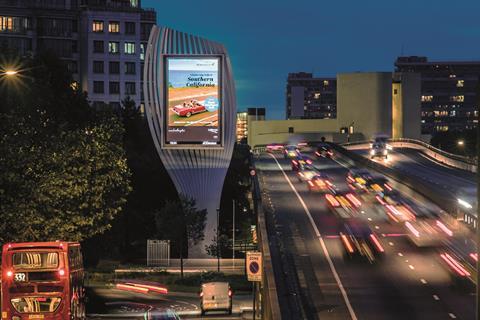 Thanks to good antennae and some old fashioned chutzpah, they ended up doing a deal with US outfit Landmark Dividend, a well-established player in the American market with around $3bn (£2.3bn) in assets under management. It has provided Wildstone with a £1bn war chest in return for equity not in the business but in the sites bought with its cash.

“I had heard that this American company was coming to the UK so I called up the chief executive and said: ‘Look, we’re either going to compete with one another or it might make sense for us to have a chat.’ We flew over to LA the next day and had a deal concluded in principle in a couple of days.

“We signed with them to deploy up to £1bn across Europe in the next five to seven years, and we’ve probably bought £40m of assets so far this year,” says Cox.

The Landmark deal is expected to triple Wildstone’s turnover and also encompasses European expansion – its HQ is in Hammersmith, but it already has an office in Belfast and small operations in Paris, Berlin and Spain and it is now ramping up fast on the continent.

Berlin is a great city, it would be good to take a Shoreditch Canvas-type approach to some of the sites there

It is a learning process, says Cox. “France and Germany are both enormous markets, but you definitely need local experts. The German advertising property market is a minefield in comparison to the UK. You can’t just buy a flank wall of an apartment building, for example. You have to actually own an apartment. We have to be really creative to find assets that we can put leverage on,” he says.

So it probably won’t be long before the citizens of Paris and Berlin start to see plenty more tired old billboards being replaced by high-tech, high-concept Wildstone digital alternatives, too. “Berlin is a great city, it would be good to take a Shoreditch Canvas-type approach to some of the sites there,” says Fisher.

And every one is a great advert – not only for the client but for Wildstone.