The time is right for ‘brandlords’

The flexible workspace market is still growing apace, but it’s not just flexspace and co-working operators that are fuelling supply. Landlords and commercial property investment groups are also investing in flexspace brands, side-stepping partnerships with existing operators to take a DIY approach. 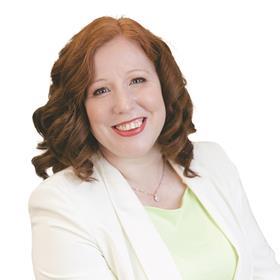 Three of the best examples are Shaftesbury’s Assemble, British Land’s Storey and Landsec’s Myo. Great Portland Estates has also invested £900m in flexible office properties, and last year L&G tied itself to doubling its Capsule offering to 55 spaces. These landlords-turned-co-working brands – or ‘brandlords’ – are investing sizeably in the flexspace market, and just at the right time.

Several market trends are in their favour, including the growing popularity of a ‘work near home’ model, a push towards localisation of amenities and gaps in brand positioning coverage to exploit.

Throughout the pandemic, landlords have felt the sting of lost rents from diminishing high street tenants and vacant office spaces. However, the new Class E planning permission rules have opened up a tempting opportunity for them.

Class E allows a building to be used flexibly. Premises traditionally used for retail can also house offices, for example. This is big news for landlords with a lot of space (particularly on high streets) made redundant by the pandemic or changing retail trends.

But having the right space is only one part of the equation. In a market that, according to Instant Offices, has an annual growth rate of 35%, marketing and brand positioning allow operators to stand out from the competition, and brandlords can learn a great deal from those that have done it well.

WeWork, for example, has a clearly defined brand that targets idealists and individuals who want to embrace new concepts. It embodies the idealism that its customers aspire to.

VWorks, meanwhile, pitches itself as the ‘everyman’ – easy, functional and hassle free, it targets occupiers seeking inclusion. VWorks is located in Village Hotels, alongside bars and restaurants and privy to plenty of foot traffic, adding to that feeling of inclusivity.

WeWork and VWorks are completely different propositions, but each provider understands who they are targeting and markets themselves accordingly. This understanding is essential for landlords looking to expand out of HQ-led cities and on to high streets with their own flexspace brands.

To date, brandlords have concentrated their efforts mainly on HQ-led cities. But it is tenants not landlords, and workers not employers, who are determining trends in the use of space, and there’s a renaissance of the local area, as opposed to the city centre. If brandlords pick up on this, we could see wide-reaching effects.

An influx of flexible workspaces on high streets could draw a much younger customer in traditionally ‘off-peak’ retail hours, and the impact of this demographic change on local economic ecosystems could be huge.

What exactly will that impact be? A 2018 report by WeWork found that its users spent nearly three times as much as the average Londoner on pubs, restaurants and cafés, pumping £75m into local businesses.

We might also begin to see the emergence of ‘15-minute cities’, with hospitality, leisure and retail infrastructure springing up around enlivened high streets in support of the work-near-home lifestyle.

If landlord-operated workspaces are to take hold on high streets, brandlords will need to invest time and resources into understanding the communities they are serving. In doing so, they will breathe new life into our long-suffering high streets, and into their own Covid-hit finances.

Zoe Ellis-Moore is founder of Spaces to Places