Time to build up flood defences

Heatwaves, flooding, wildfires and storms are increasingly becoming the norm in the UK and this trend is set to continue with the impact of climate change. Extreme weather events can cause significant damage to properties if the right defences are not in place. 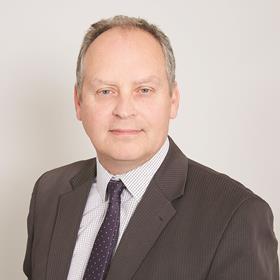 The concept of the 100-year flood is the statistical 1% chance that a flood will occur in any given year, using historical data and modelling techniques. But due to climate change, not many years go past now without the sadly familiar sight in the UK media of people’s cars/homes/belongings under water.

Climate change allowances must be added so that flood defence schemes can adapt to future climate scenarios, and these allowances can be up to 40% in urban areas.

The UN Intergovernmental Panel on Climate Change estimates that by 2100, the UK will receive 10% more rainfall on average per year than it did in the period 1986 to 2005. Greenpeace has highlighted that the risk of flooding will only increase, with rainfall becoming less frequent but much heavier.

The UK is on the whole ill prepared for the event or effects of flooding. That is largely because flooding is not always associated just with rivers and must be considered from all sources, often being the result of surface water due to agricultural practices, development and hard landscaping.

That is why the building team at Cluttons is calling for landlords to have flood-risk assessments to protect their properties and tenants. With extreme weather expected to increase nationally, it is vital to start putting the right defences in place where needed.

We believe insurers should take the lead and offer payouts that not only restore what was there before but futureproof against further flood damage now. Older properties tend to not have sufficient flood defences in place, meaning they are more vulnerable to extreme weather conditions, but retrofitting and other enhancements can be practical to defend properties against flooding. 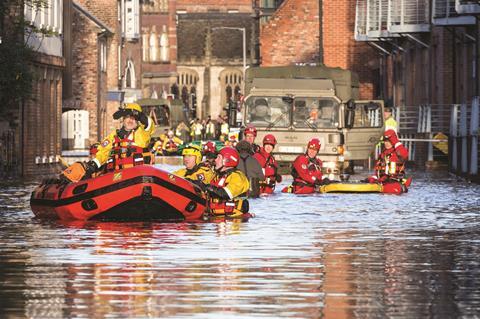 Water world: incidences of flooding have increased in the past few years

Cluttons recommends that landlords carry out a flood risk assessment to see whether they need to reinforce their buildings. In the long term, these assessments provide peace of mind that properties are protected, and also make them more desirable to tenants and add value.

As flooding has the most devastating consequences and there has been a rise in the incidence and severity of floods in the UK over recent years, we would urge people to get a risk assessment not just when buying property, but to protect their existing property. Flood models are being updated regularly, which can reveal areas at risk that were not previously recognised as being in danger. As new flood areas become apparent from modelling flood risk, it is crucial to know what can be done and what cover insurers will provide.

Developers should consider designing for floods and installing flood defences on developments that are close to a flood plain. We would like to see landlords and developers take the lead in putting in flood defences now, rather than as an afterthought or a fix after the problem.

Cluttons helped project-manage a comprehensive flood defence scheme for United Biscuits in Carlisle, to protect its site against future floods. After the site had been flooded twice in the previous 11 years, Cluttons carried out a feasibility study and site investigations to develop a design that both satisfied the operational needs of the client and effectively met the site constraints. Within a year, the 10-acre site was fitted with an automated flood defence system.

The outcome was that the site could be effectively protected from floods within five minutes and the flood defence system could be operated by one person. It allowed local jobs to be maintained, which in turn benefitted the local community.

We would like to see more companies in the private sector taking the initiative and working together to futureproof the UK’s property assets.

Responsibility is a huge part of ESG in 2021 and landlords, insurers, developers and homeowners all have a role to play in preparing and weathering the storms, rather than relying on local authorities and legislators to tell us what to do when. This will undoubtedly save huge costs and prevent devastation in the future.

Ian Paton is a partner in building surveying at Cluttons