Time to plug into gigafactories 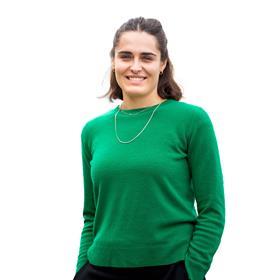 Due to the complexity of battery manufacturing, constant lab analysis and research is required throughout the process. As a result, it is cost effective to run these operations within the same facility, thus requiring the factories to be significantly larger than standard industrial warehouses. To give a sense of their magnitude, Tesla’s Nevada gigafactory could house roughly 100 football pitches.

With the UK’s transition to net zero already in full swing, the demand for this new type of property asset is set to surge dramatically over the coming years. But for British real estate investors, the opportunity is broader than meets the eye.

One of the most substantial impacts the rise of gigafactories will have on UK property is their potential to level up their surrounding areas. As seen in the automotive sector, production warehouses have increased demand for such space in the locality, as suppliers rally to support supply chains.

Research suggests gigafactories will generate an additional requirement for up to 3m sq ft of warehousing units in the UK to support the associated supply chain. Subsequently, the compelling opportunity for landlords and developers sits within the secondary market, by developing and leasing supplementary industrial units to firms involved in the battery manufacturing supply chain.

Over in Nevada, where Tesla built the world’s first gigafactory in 2015, it is clear to see the significant implications the site has had on the wider industrial market. The gigafactory covers 1.9m sq ft and, since production, has had an impact on vacancy rates and average rents locally. Vacancy rates have fallen from 10.4% to 4.4% over the past six years, and average rents rose 70% over the same period.

There are plans to develop two gigafactories in the UK, in Blyth and Sunderland, and a third in Coventry is awaiting approval. If built, the Coventry plant will overtake Blyth to become the UK’s largest gigafactory, at 5.7m sq ft.

By analysing the area within reasonable proximity to these proposed gigafactories, it is possible to identify peripheral markets that are likely to benefit from these sites. Generally, industrial locations with strong infrastructure and labour availability will be targeted and therefore outperform, and an increase in demand in these peripheral locations is likely to boost rents and capital values.

If planning and funding is granted for the additional gigafactories necessary to accommodate the anticipated surge in UK demand for EVs, it is clear to see the potential impact this will have on the industrial and logistics sector overall.

It is vital UK property investors carefully evaluate the potentially enormous opportunity at hand – and fast. Those investors at the forefront of this megatrend will be best placed to capitalise on the considerable upside potential as Britain builds out its gigafactory arsenal.