Time to set the bar on equality

We’ll never achieve gender equality in the property industry – or any industry ­– if we don’t ditch outdated gender stereotypes. 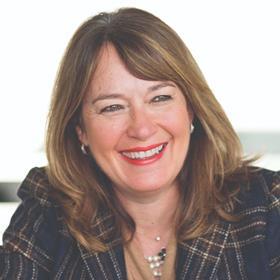 Consider the government’s ‘Stay Home’ advert from January this year. Women were depicted caring for children, homeschooling or doing housework, while the one man featured was relaxing on the sofa. It was quickly withdrawn after complaints. As another example, a recent Mail Online story highlighted the cost to the government of raising the retirement age for women because women would not be able to take on unpaid caring responsibilities for elderly relatives.

I found both deeply disappointing, representing thinking that is out of touch with modern gender roles and, as such, a barrier to achieving gender equality in the workplace.

Last year, in a Real Estate Balance survey, managing family and career was cited as the biggest challenge to gender diversity by employees with “significant numbers of women respondents saying they felt unable to talk to line managers about wanting to have children”. It also found that some women lost clients as a result of taking maternity leave, and while the number of women at board level had increased, the number in senior roles had declined. 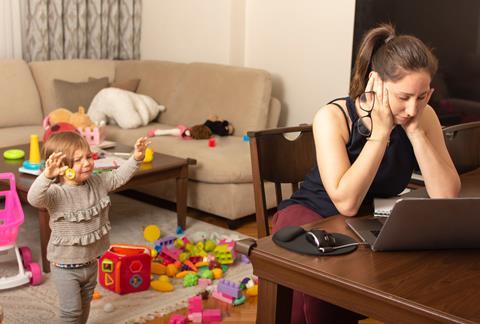 The benefits to business of gender equality and diversity cannot be disputed. Research by McKinsey shows that companies ranked highest for gender or racial diversity are more likely to perform better financially than their industry median. So, why is it taking so long to address – and has working from home taught us anything?

First, we need to get over the fact that women have babies because until something else comes along, it is what it is. We also need to rip up the idea that women are always the carers. Childcare and family responsibilities should be shared and should not affect the careers of women – or men. It does not need to if businesses have policies that encourage this.

Responsibilities outside work are nothing new. Working from home has just made it plain to see; we have all seen, or had, kids drop into Zoom calls unexpectedly during lockdown. And those responsibilities are increasingly shared, which needs to be reflected in company messaging, staff support and management.

Take homeschooling. The January lockdown was particularly brutal for our staff at Harworth who, like many, were pretty tired from 2020 when homeschooling was back on the agenda. So we worked with individuals to take some simple steps to support them. For example, where people were incurring additional costs for childcare, enabling them to work normally, we allowed them to claim the additional costs. We also freed up diaries from internal meetings before 11am on Mondays and after 3pm on Fridays to give our people time to finish their week and gear up for the next.

So as business leaders, let’s normalise raising a family or caring for relatives as part of everyone’s work and life. Understanding your workforce, their needs and what support they need leads to better results, regardless of gender.

Wouldn’t it be amazing if the real estate sector could set the bar on this?