It may seem churlish to ask Michael Gove to execute two further initiatives in favour of leaseholders trapped in blighted blocks. After all, look below at what the housing secretary has accomplished this month. 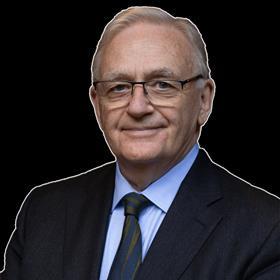 But thousands of owners who wish to sell still cannot. Tens of thousands are still obliged to pay sky-high block insurance.

Solutions are available. Half-promises have been made. These will require government to become the insurer of last resort. “Your turn to share the pain” will be the cry of housebuilders that have not only agreed to repair 11m-plus blocks built by them since 1992, but have also pledged to subsidise repairs on blocks for which they share neither legal or moral responsibility.

On 13 April, Gove obtained agreement from 36 out of 53 firms in his sights. The signatories have set aside a total of £2bn for repairs. A further £3bn will be raised over 10 years from an expansion of a Building Safety Levy collected via building control permissions.

Gove wagged his finger: “The government is introducing new powers that could be enforced on a developer should they breach the agreement, as well as on any remaining companies that fail to sign up. These new powers would allow the secretary of state to block those who refuse to sign from building and selling new homes.”

Hail Mike the Merciless and Steamroller Steve, aka Lord Stephen Greenhalgh, building safety minister. Hail the negotiating team of civil servants. Thrice hail for Gove’s blue frightener, pinged out on 13 April to the Construction Products Association, swearing to “do whatever it takes” to extract cash from material suppliers.

“I will consider carefully how to use other powers at my disposal to make sure there are significant commercial and reputational consequences for firms that have not stepped up.” 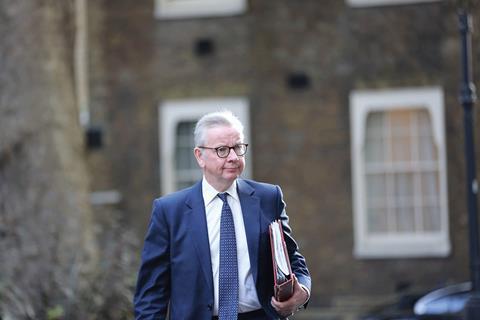 The fight with housebuilders and material suppliers is far from over. There is ministerial unease over the challenges to come. But the government will feel the first big battle has been won.

Measuring the size of the battlefield is not as easy. Official figures show 94% of 483 bocks over 18m clad using ACM panels have been fixed. But that excludes high-rise towers that are jacketed in ways now deemed to be unsafe.

In 2020, Lord Greenhalgh told parliament “the number of high-risk buildings with flammable non-ACM cladding was “around the 1,700 mark” – and would cost £3bn to £3.5bn to remediate. Add the ACM-clad blocks between 11m and 18m and what do you get? Who knows? The only folk who can know are the insurers in receipt of block insurance premiums up 1,000% and more, and lenders who have red-lined blighted towers. Time for them both to tell.

Gove’s unlamented predecessor, Robert Jenrick, said in February 2021: “The work the chancellor and I have done with each of the major retail banks gives much greater confidence to lenders, surveyors and insurers to re-enter the market, to bring down those premiums, to lend against these buildings. This will take time and there is more to be done.”

That time is now Mr Gove: underwrite the fire risk on all blighted blocks, either by simply paying to repair blocks damaged by fire or by setting up a cladding version of the ‘Pool-Re’ mechanism for terrorism damage.

It will also be necessary to underwrite otherwise sky-high

PI insurance for an army of risk assessors. With these promises in place, Mr Gove, you can encourage insurers and lenders to treat the blighted blocks as if un-blighted. One insurer is mulling offering insurance tied to the installation of government-approved fire systems.

Fine. Signal encouragement. But, at bottom, all Mike the Merciless needs to do is magic away the fire risk to dispel the misery faced by those trapped, perhaps for years to come, while repairs are slowly carried out.