The government has long pledged its commitment to tackling the UK’s housing shortage, which began not because of a blip lasting one year but because not enough homes were built over many decades. 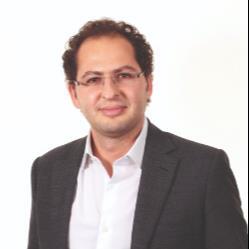 This commitment goes back to 2015, when the government promised to deliver a million new homes by 2020, a promise it restated at the general election two years later. In 2019, then prime minister Theresa May described solving the housing crisis as “the biggest domestic policy challenge of our generation” and pledged to “continue progress towards our target of 300,000 homes a year by the mid-2020s”.

As recently as 30 October, Michael Gove, secretary of state for levelling up, housing and communities, restated this pledge despite citing challenges and said the government remained committed to this target.

So why hasn’t the government been able to deliver on its promise? The answer to this question can be traced to Albert Einstein’s famous line: “Insanity is doing the same thing over and over and expecting different results.” Indeed, the government’s housing policy has involved doing exactly that.

A new government always brings high hopes and so if this government is serious about achieving its 300,000-homes-a-year target, here are three things it needs to do.

First, planning reform is urgently needed. The planning system and the speed at which it operates has been one of the biggest hurdles in the development of UK housing and is why so many mid-size housebuilders have closed or been absorbed by larger players in recent decades.

In 1988 small builders were producing 40% of new-build homes, compared with just 12% today. Planning committees and their structure need overhauling to save developments being caught in months, if not years, of process treacle. In other words, this government needs to make it easier to obtain planning consent. This will, in turn, encourage rapid development of new housing.

Second, specialist financial providers need to be brought into the fold. Lack of funding, especially among SME developers and small construction companies, is a key reason for the disappearance of so many mid-size housebuilders over the past two decades.

One concrete and effective way for the government to support housebuilding is by working with specialist development finance lenders to channel funding to SME developers.

These specialist lenders were able to show their key role by keeping credit flowing when the pandemic led to the ‘lockdown on lending’ at traditional lenders.

Due to their nimble size, flexibility and efficiency, specialist development finance lenders have shown that they can and must be part of the solution to the UK housing crisis.

Third, the private rental market – the ‘wild west’ of Britain’s housing stock – needs to be professionalised.