Truss turmoil has set reform back

“The country has gone to the dogs; it’s unbelievable really. What a mess.” That was a comment sent to me by one of the finest industrialists I know in the UK, after Shore Capital Markets sent out our prognosis for the consumer economy following the Truss-Kwarteng show, to be followed by the Hunt extravaganza. 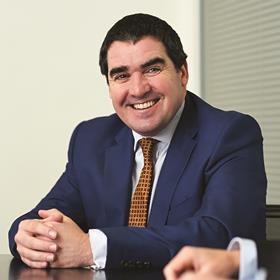 The term ‘Muppets’ seems apt, although perhaps Miss Piggy at DEFRA or Beaker as health secretary might actually be an improvement.

There is no point going over the flawed, naive and ultimately sad Truss ‘era’, but for the consumer sectors in the UK, including real estate, the Truss-Kwarteng show was not a neutral factor. Already burdened by high inflation, which the government has not done enough to suppress since Putin’s awful and immoral actions in Ukraine, chancellor Kwarteng’s crazy half-hour non-Budget did something few thought possible: a decoupling of base rates and lending charges of massive proportions.

Hence, in addition to inflation, the borrowing costs of the British shopper structurally changed overnight. That has implications for aggregate demand. Indeed, Kwarteng arguably did overnight what the Bank of England has been messing about with for ages. Had he been a little less hurried, he could have called out the Bank of England for contributing to our mess in allowing a widening of the base rates between weak sterling and now global reserve currency in a crazy world, the US dollar.

Bond and stock markets were deeply unhappy about this gap and Kwarteng could have shown that the Bank of England was independent for sure in his iconic Budget; apparently, one member of the Monetary Policy Committee voted for only a 25-basis-point rise in base rates last month, which is close to clinical insanity.

The real tragedy of the Truss period is that the term ‘supply-side reform’ could become pejorative. And if the tax burden and deregulation can’t be discussed, much necessary structural change to the UK economy will never emerge.

Whether the government is red or blue, productivity will only improve if there is a step-change to business investment and reform of public services, which needs government to engage in enabling actions. Unfortunately, such reform is now embroiled in vested interest and culture wars; not of rich and poor, but effective and ineffective, appropriate and inappropriate. This issue is centred more on management ineffectiveness and multiple self-perpetuating structures and processes than on the working man and woman of Penzance, Coventry, Sunderland or Fraserburgh.

Better and more accountable management could allow for structural delayering in public and semi-private bodies (railways, utilities, communications) that provide the resources to fund more healthcare, better teachers and real front-line heroes such as mammographers and social care workers.

Austerity did not, in the main, work in Britain; it has fuelled a problem that we must solve. Structural change, supply-side reform of the labour process, energy process, the transport process, the planning regime, the delayering of vast swathes of unnecessary process and cost – these are the needs. But new prime minister Rishi Sunak faces some tough decisions.

With an agenda for change that involves unions, investors, the media and the public, there can still be structural supply-side reform. But the vested interests against it are massive; those many ‘important’ managers that actually do not do much to deliver our vital public services, and the never-ending procedures, committees and conference calls all need to be reformed.

The remaining managers need to manage, not spend, their days ‘CC’ing and ‘BCC’ing people, passing the buck, deferring and dithering. We must not make the term ‘supply-side reform’ a bad one; we need to embrace it to bring real change to help the lives of our children and grandchildren.