Property Week and Savills took to Twitter to debate the potential of offsite construction in the resi sector. 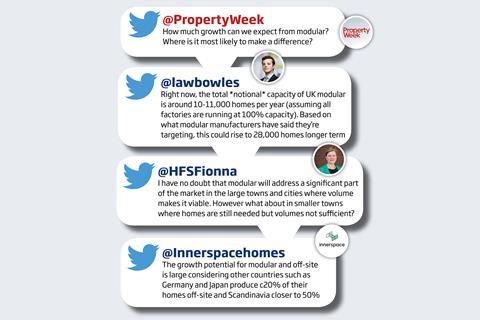 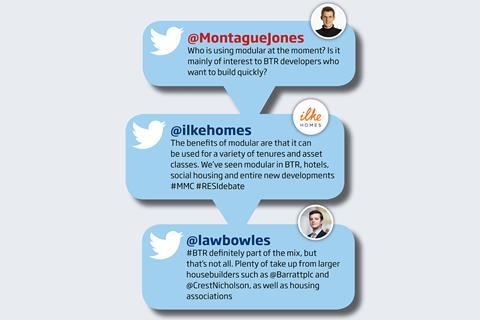 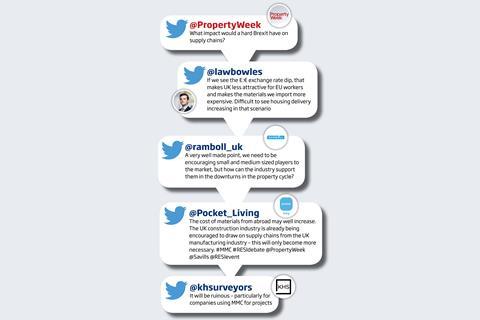 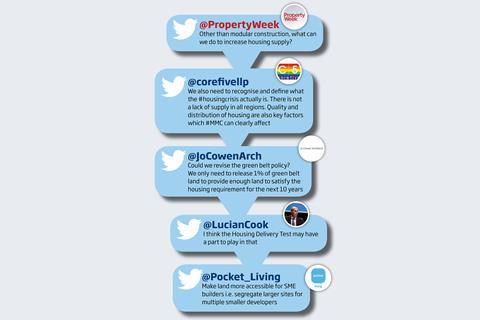 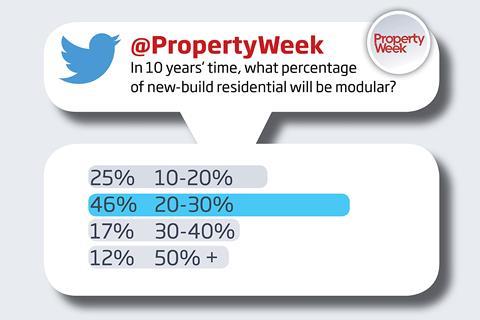 Earlier this month, Property Week teamed up with Savills for a Twitter debate ahead of September’s RESI Convention, to discuss the rise of modular construction.

More recently, it was announced that Swedish furniture giant IKEA was also joining the revolution with BoKlok – its joint venture with developer Skanska – with a potential deal with Worthing council to build 162 homes using offsite manufacturing.

The hour-long Twitter debate, which took place on 11 July, covered a lot of ground, including the impact of these deals, the likely growth of modern methods of construction and the potential disruptive impact of a hard Brexit.

The debate was hosted at Savills’ headquarters by the firm’s director of residential research Lucian Cook and associate director Lawrence Bowles. They were joined by Property Week’s Guy Montague-Jones, Riya Makwana and Natalie Vincent, who fielded questions from the Twittersphere.

A wide range of modular manufacturers, developers and advisers took part in the debate, generating more than 620,000 impressions from 100 tweets – no mean feat considering the England vs Australia World Cup cricket match was taking place at the same time.

RESI 2019 is being held at the Celtic Manor Resort on 11-13 September. To secure your place, visit resiconf.com.