Values can only be measured with movement in real rates

It wasn’t long ago that there was just one broadly consistent and, hopefully, true version of the news. Whether received via newspaper, radio, television or the internet in its infancy, we consumed roughly the same news stories as our neighbours, friends and colleagues. 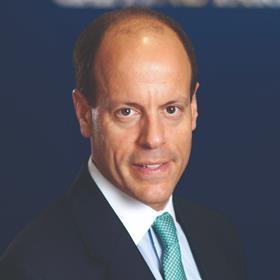 This is no longer the case. Driven by the proliferation of social media and the penetration of smartphones into our lives, there are now pressing stories that get lost in the noise, non-stories that gain momentum like a runaway train and, of course, ‘fake news’. This means it is all the more striking when a story emerges that graces every screen, page, eyeline and conversation, as is the case right now, with three words that are all too familiar: cost of living.

In amongst all this noise, people want to know two things. The first is what is happening now and the second is what will happen in the future.

The first is reasonably straightforward, albeit challenging. Due to a conglomeration of factors, UK inflation passed 10% in July, the highest it has been in 40 years. Andrew Bailey has primarily attributed this to Russia, but other factors got us here too, including the rising cost of energy, fuel, food, household goods, secondhand cars and raw materials.

However, the second question is where things start to get a little more complicated. Since there is no one cause for the current inflation, there is no one remedy either and speculation about how long this pain will last is taking us increasingly further into the future. Indeed, Goldman Sachs recently predicted that the economy would continue to contract throughout 2023 and that inflation in Britain could top 22% on the back of high energy costs next year.

On the one hand, there is cause for optimism. Internationally, central banks have responded. In the UK, immigration is increasing, with the number of visas issued to foreign citizens to live, work and study in the UK recently passing a million.

Thanks to measures such as the scale-up visa and the consistent pull of UK universities to international students, this upwards trend should continue, alleviating the pressure on wages.

Further, a monthly survey of fund managers around Europe by Bank of America found that European investors have grown more optimistic about the recovery in continental stock markets.

However, on the other hand, it is important that we never make the medicine worse than the affliction. Both the Bank of England and the Fed voted to raise interest rates over the summer. This kind of action is good until it isn’t, particularly for real estate.

While in theory, real estate should benefit from this current market due to its ability to act as an inflation hedge, this doesn’t quite capture the full picture. According to a recent Columbia University study, real estate values have a close negative correlation to real interest rates; higher real rates mean lower values. But inflation will drive rental growth, which will help current values, as long as such inflation is affordable.

Most tenants can afford a certain increase in costs, but if inflation is too high then things become unaffordable, and valuations could further suffer as a result. We must remember that inflation affects all the various costs of a business, with energy in particular posing a serious issue in the coming months.

Whatever comes next, it is essential that central banks do not overshoot. If they do then there will be challenging times ahead.