The former Dragons’ Den star tells Property Week why he’s backing new property stock exchange IPSX, how he foresees the pandemic affecting offices and what advice he would give new businesses. 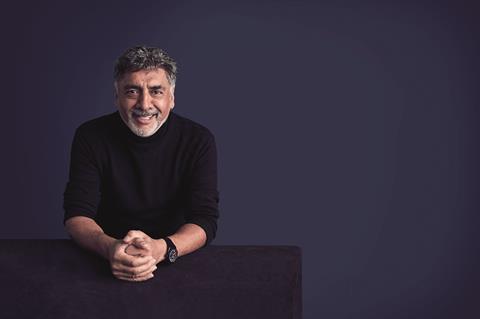 While most of us are still acclimatising to the new normal of remote working, James Caan embraced it years ago.

“I stopped going in [to the office] five years ago,” says the Dragons’ Den entrepreneur over Zoom. “I went on holiday to Phuket and fell in love with the island. I thought: ‘I wonder if technology travels as far as Thailand and can I make Zoom work?’ To my amazement, with a mobile phone I realised you can be based pretty much anywhere.”

Caan was ahead of the game then – he now runs his business empire virtually from Monaco – and he hopes to be ahead of the game again, as the latest backer of the world’s first regulated real estate stock exchange, IPSX.

The tycoon and TV personality has long been an investor in real estate, with his interests ranging from proptech platforms and industrial asset funds to London residential schemes and property management firms.

But IPSX, which will for the first time enable direct investment in commercial property via a public market, is unlike any venture he has supported before.

“When you invest in a fund, sometimes it can be a bit faceless, but if you show me something that I can touch or see, it makes more sense to me, so the idea of investing in individual buildings felt quite appealing because you can drive past something, see it and get your head around it.”

Caan’s backing adds to the momentum that IPSX has been building in recent months.

In a watershed moment for the company, it was announced at the start of this month that the Mailbox in Birmingham, home of Radio 4’s The Archers, will be the first commercial property asset to be listed on the new exchange.

“In the future, as the market establishes itself, we could conceivably see high-profile assets like The Shard, Walkie Talkie or Wembley Stadium follow Mailbox on to IPSX,” says Caan.

He adds that his involvement is a “five- to 10-year play” and has not been motivated by Covid-19, although he sees the pandemic having a major impact on the property sector more generally.

“Real estate today is sector-sensitive. Retail is experiencing very difficult situations. Shopping centres are a thing of the past. But with industrial and ecommerce, the genie is out of the bottle. People have embraced buying online, so real estate that facilitates that from a logistics and distribution perspective will do well. I can only see that market growing.”

He adds: “As for how the pandemic affects offices, personally I think the jury is still out and it’s too early to tell. It was previously normal that a business with 100 people would have 100 desks, but I don’t think that will continue.

“If I’m a business with 100 people, I might have 70 desks because you might utilise those desks more efficiently.”

Caan also foresees a change in workplace patterns that few have suggested: a staggered approach.

“And I think people in their 40s have probably understood the business quite well and need to visit the office one day a week to develop and maintain relationships, but can do most of the work from home.”

Caan made his money not from property but from the recruitment business he set up in the 1980s, which he sold in 2002 for £95m. Two years later, he created Mayfair-based firm Hamilton Bradshaw, which specialises in buyouts, venture capital, turnarounds and real estate investment in the UK.

Caan became a household name in 2007 after joining the BBC show Dragons’ Den, and his reputation as a business leader was cemented in 2012 when he was approached by the government to become chairman of the Start-Up Loans initiative.

So what advice would he give to businesses just starting out now?

“The key issue is whether your idea is commercially viable,” says Caan. “In Dragons’ Den, I saw 1,000 entrepreneurs walk through the door with an idea, but in a lot of cases they were obsessed with the idea yet hadn’t checked to see if it was commercially viable.

“The other thing I would strongly advise is looking at how you market the business. You can have the best idea in the world but if nobody knows about it, it’s never going to take off.”

As for Caan’s own business interests, the former Dragon is confident that in the world of real estate at least there are still deals to be done.

“We have to spend a lot more time evaluating opportunities than we did before. But will we keep investing? Absolutely.”