​VOA should give hospitality sector some slack

At a time when the hotel, hospitality and pub industries are trying to get back on their feet following the onslaught of Covid-19 and lockdowns, it is desperately disappointing to see the government’s Valuation Office Agency (VOA) stepping up aggressive demands. 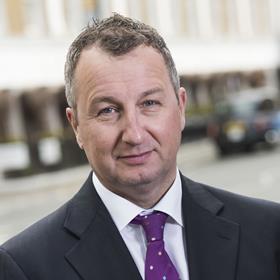 Clients are coming to us because the VOA is vigorously pursuing an increasing number of fines for late valuation forms of return, despite many businesses in the sector being closed during the pandemic with no one in the office when the forms were issued.

Forms of return provide the VOA with basic information about a business’s property, such as rent, lease and ownership details, enabling the VOA to work out rateable value and business rates due. Businesses have 56 days to return the forms or face a £100 penalty. After another 21 days, a further £100 penalty is issued. From then, a charge of £20 a day is added to the total sum owed until the information is provided. The maximum penalty is £500 or the property’s rateable value, whichever is greater. This can run into thousands of pounds.

We are requesting some slack for the hospitality sector since their return forms are much more complicated than for other sectors, including requiring detailed trade figures for the three years 2019 to 2021, when many businesses were closed for long periods due to the pandemic and staff were furloughed. As traditionally the VOA was more understanding about late returns, many businesses have not yet collated all the necessary information to make them – but are suddenly finding themselves facing these fines. And in many cases this information is not even useful to the VOA as some businesses were making a zero return in the period.

The VOA seems to have suddenly woken up to the fact it can make extra monies by issuing fines for late returns of these forms. But is this really a sensible way to behave? The sector has seen a difficult two years with lockdowns, furlough, staff shortages, increased prices and government edicts about working from home and avoiding socialising. Surely they should be given some slack if they are slightly behind with complicated paperwork?

We call on the VOA to show a more conciliatory approach to the sector and to pull back from pursuing such an aggressive course.