We find it hard to resist reducing problems to simple A/B choices. 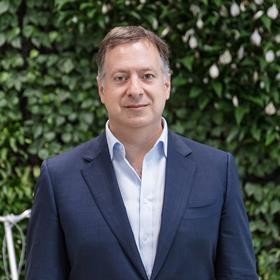 This kind of prearranged set of alternatives is convenient analytical shorthand when the situation is too complex or we are in uncomfortable territory.

Having trained in science and engineering, I love black-and-white, right-or-wrong decisions. But there is a reason psychologists warn that this way of thinking leads to a “bifurcation fallacy”. Look no further than the polarisation of our political world and the way the imposition of such false choices has led to inflamed rhetoric and social division.

Closer to home, the false choice between ‘work from work’ (WFW)and ‘work from anywhere’ (WFA) is heating up. Passionate advocates on both sides demand to know: are you a remote-first or an in-person-first devotee? Do you favour flexibility or tracking hours? Trust or control? Community or commuting?

All are false dichotomies. I find the constant drone of rival arguments on Twitter, on LinkedIn and in the media exhausting.

The WFA set wants us to imagine a utopia where anyone, any time, can up sticks and contribute meaningfully to the business of their choice. The WFW crowd warns of a looming dystopia, like in the movie Wall-E, where consumerism is a disease and the corpulent residents of our future off-planet world spend their days immobile, floating blissfully on lounger chairs, eyes glued to glowing screens inches in front of them as slurpies are delivered by bots.

A cohort is also emerging that is trying to mediate a middle ground: hybrid work, a best-of-both-worlds option I fear has the potential to dissolve into the worst of both worlds. As is often the case, we have skipped to the attention-grabbing conclusion without spending enough time passing between here and there. Turns out the ‘why’ matters.

Well before the pandemic, authors such as David Brooks and researchers like NYU’s Niobe Way were saying that we were suffering from a crisis of connection. A wave of ‘selfism’ has emerged, whereby society’s focus has switched from doing your duty to doing your own thing – with some concerning consequences.

Way wrote: “As the bonds of solidarity and cohesion weaken, our ability to address our societal problems and pursue our common interests is severely damaged.” 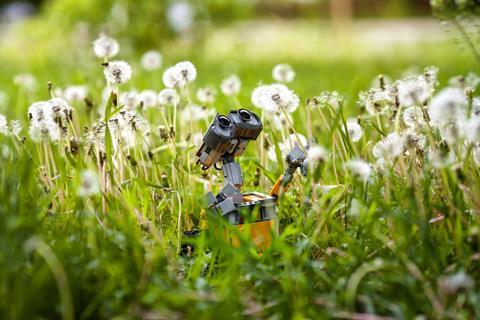 WALL-E: some see echos of the film’s dystopian vision in workplace trends

More recently, in her fantastic book The Lonely Century, economist Noreena Hertz argued that we feel lonely when we believe we are invisible and uncared for – and when we do not have agency or are powerless, loneliness is becoming our defining condition.

Hertz flags a number of worrying contributory factors. Chief among them is a contactless culture characterised by a click-to-connect mindset. Our increasing reliance on technology has atomised our interconnections, from a profound level – changing how we cultivate friendships and build resilience – to the loss of short, simple, human-to-human interactions experienced when we queue for a coffee or say a passing hello to a stranger.

We order food online, take fitness classes remotely and trade off community for convenience. As well as increasing loneliness, we are losing out on the micro-moments where we practise empathy – a skill that underpins a functional, inclusive society.

She quotes many unsettling statistics. A staggering 40% of office workers feel lonely, with one in five saying they don’t have any friends at work. Some 20% of millennials say they don’t have a single friend.

Of course, loneliness is linked directly to depression, social anxiety and addiction. And if you are lonely, you also have a 29% higher risk of coronary heart disease, a 32% higher chance of stroke and are 30% more likely to die prematurely. It’s as bad as smoking 15 cigarettes a day.

With technology an easy enabler, Hertz argues that social media companies are the tobacco companies of the 21st century.

How and where we work, central to so many social interactions, has the power to shape the conclusion. But we need to move the discussion beyond the misguided WFA-versus-WFW debate and focus on the problems we face in society and how work can reclaim agency in the solutions.

The focus needs to shift towards rediscovering empathy. I see this already: the evolution of what we value in work changing over the generations, from tasks being done by the hands, to those being performed by the mind and, perhaps increasingly, by the heart.

In Wall-E, our future selves have abandoned planet Earth because it has become too toxic as a result of our actions. It is perhaps coincidence that Wall-E juxtaposes an environmental message with a profoundly social one. Or maybe the two are more powerfully linked than we realise.

Work – and the workspace – needs to adapt. But it has nothing to do with free Italian coffees and open-plan seating, or under which roof tasks are performed. Surely the goal must be creating an empathetic, low-carbon place to do fulfilling activities, in whatever form that takes. So let’s shift the discussion to how that can most effectively be achieved.