​We need a consistent approach to heritage assets

Working with a number of national clients with extensive heritage portfolios, I regularly experience a lack of consistency when dealing with conservation issues, even within the same local authority. 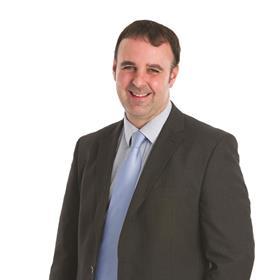 With precedent being a key part of the planning process, it is interesting to consider what has previously been consented as alterations to listed buildings, compared to today.

Since the introduction of English Heritage’s Conservation Principles, Policies and Guidance note in 2008 and the National Planning Policy Framework (NPPF), which includes a heritage section, there has been a significant change in how listed building consent applications are addressed.

The guidance was brought in partly to address a perceived harm inflicted on listed buildings in the 1960s and the loss of considerable amounts of historic fabric.

But there are many differences between the approach taken by conservation officers within urban local authorities and their rural counterparts. There is also a perception that alterations to listed buildings within an urban setting are more straightforward. The reality is much more complex and given the greater scarcity of historic fabric within some urban areas (usually following stripping out and removal and extensive regeneration of the surrounding streetscape), this heritage is more scarce and sometimes treated with undue sensitivity.

The approach taken within the English National Parks is generally more stringent than other rural areas due to a myriad of factors, including the heritage values that the building provides to the wider community and how much of the historic fabric has been retained. This makes consistency in issuing a listed building consent for alterations and repairs extremely difficult. Furthermore, while there is considerable guidance available, each development proposal is unique and thus very subjective.

Often, difficulties with listed building applications arise because of a lack of understanding of the history, construction and significance of the building. The NPPF does not include amendments to the guidance on heritage assets, and given the complexities, a more consistent approach is unlikely. Without a significantly strong and well-supported argument, what may have been achieved 20 to 30 years ago is much less likely to be consented today.

Richard Harris is a partner at Carter Jonas (Oxford)