We need to ‘rewild’ our cities

A recent study published in Scientific Reports shows that spending just two hours a week in nature can improve our health and wellbeing. 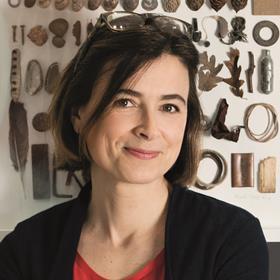 London is one of the leading cities in terms of green spaces, but there is still much more to be done in the rest of the UK – and the property industry must be at the forefront of this green push.

Green space plays a foundational role within the built environment. Research by the London Assembly found that Clapham Common alone provides between £10m and £45m of environmental and public health benefits to six million users a year.

London is Europe’s greenest city and third in the world, with 40% of the city covered in green. Berlin, second in Europe, lags well behind, with only 14.4%. Other cities also lack our freedom of use with green areas. Until a recent change of policy, only 77 of Paris’s 490 parks were open for public activities.

It’s important we make our green spaces available for a wide array of activities, while allowing wildlife and the natural environment to flourish at the heart of communities.

Sheffield Hallam University’s report for DEFRA found that improvements to the Glasgow Green park landscape brought in around £2m of extra council tax revenue and local business formation rates significantly increased after the park’s opening. Clearly, the park has helped the surrounding area thrive despite the impact of traditional retail’s decline. 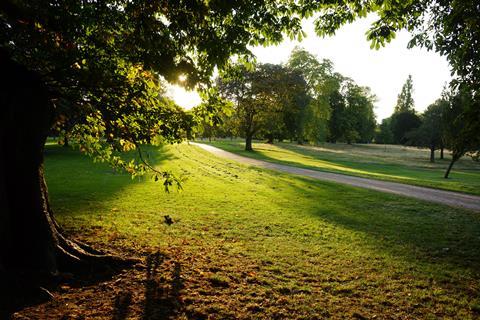 Social inclusivity and greater accessibility are other community benefits outdoor spaces can bring. The RHS Hampton Court Palace Garden Festival, which took place earlier this month, includes a garden accessible for children with disabilities, with plants chosen for their multi-sensory qualities.

For developers, green spaces are a fabulous urban design tool. We should be developing and expanding beyond existing green spaces into the built environment. Plans to turn Sloane Street into a ‘green boulevard’ show the variety of options available to industry. Dedicating more of the public realm to green spaces with living walls, ponds and guerrilla gardening could turn London’s streets into an array of flora and fauna.

The 2017 Natural Capital Account for London estimated that being close to a park raised a London property’s value by £930 a year and encouraged local business and public spending. The London Assembly also claims green spaces provide £2.8m storm water alleviation and £126.1m in pollution removal per year.

Green spaces must be central to tackling issues such as air quality, flood risk, temperature rises and biodiversity loss. We could also save billions in disaster relief and create havens of natural life in our cities. The government’s proposed ‘biodiversity net gain’, where developers would have to prove projects added to the surrounding environment, would also entice developers to go green.

It is the property industry’s responsibility to drive the creation of new green infrastructure and with innovative design, we no longer need to restrict green spaces to the rigid formula of parks and commons. Instead, we can ‘rewild’ our cities, thread nature into the streetscapes and help capture all the benefits that greenery sprouts.