​What does the new Leasehold Reform (Ground Rent) Act mean for landlords and tenants? 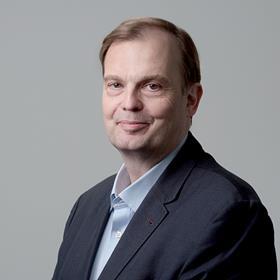 Once the act comes into force, landlords and developers will – with limited exceptions – no longer be able to demand ground rents under new leases of single dwellings granted for a premium.

The act will not apply to leases entered into pursuant to contracts exchanged before the commencement date nor to ‘excepted leases’, which are defined as being community housing leases, home finance plan leases, business leases, rent-to-buy leases or leases granted under the Leasehold Reform Act 1967 or the Leasehold Reform Housing and Urban Development Act 1993.

Landlords who are prepared to grant their tenants new extended leases on a voluntary consensual basis rather than under one of the statutory regimes will still be able to agree a continuing ground rent, but it must not be higher than the rent payable under the existing lease and it is prohibited for any rent to be payable for the extension period.

Unscrupulous landlords or their agents who breach the new legislation face a penalty of between £500 and £30,000, and can be required by an enforcement authority or the tenant to repay any prohibited rent they have collected along with interest.

Where there is a dispute as to whether a rent that has been demanded is prohibited under the legislation, the landlord or the tenant can apply to the First-Tier Tribunal (Property Chamber) for a declaration and the tribunal has the power to order and the tenant the power to apply to HM Land Registry for the declaration to be registered.

The new act is the first instalment of a two-part legislative reform process, which follows the government’s consultation and recommendations by the Law Commission. Leaseholders are eagerly awaiting the second instalment proposed by the government, which is expected to include a right to extend leases of both houses and flats by 990 years, replacing the current dual statutory regime.