​What does the new legally binding arbitration process mean for landlords?

At the start of the pandemic, the Coronavirus Act 2020 initially gave a three-month moratorium on forfeiture of leases due to rent arrears in respect of commercial property. 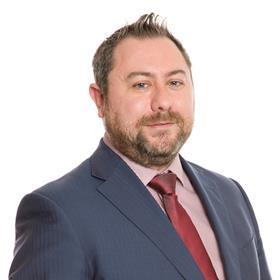 This was ultimately extended to 25 March 2022, alongside other restrictions on action by landlords to recover rent arrears, for example via bailiff action under the CRAR process.

To promote a collaborative approach between parties, a voluntary code of practice was introduced by the government in June 2020 – encouraging landlords and tenants to mutually agree measures.

This has led to new legislation being introduced to ring-fence arrears that have been built up while tenant businesses were forced into temporary closure.

On 25 March, the Commercial Rent (Coronavirus) Bill is scheduled to come into force, which establishes a legally binding arbitration process to assist landlords and tenants in settling certain outstanding debts.

Assuming safe passage of the bill through Parliament, from 26 March for at least six months, landlords and tenants will be able to refer their unsettled cases to a legally binding arbitration process.

As part of the process, firstly, a letter of notification is sent by either party, which includes a proposal for settlement of the rent arrears, with evidence. The other party is then given the opportunity to either accept or respond with a counter offer, again, with evidence.

If an agreement is not reached, an application for arbitration can be made. An arbitrator will hear submissions from both sides before reaching a final, legally binding decision. The arbitrator will take into account the financial situation of both parties, including the impact that writing off the debt or reducing it significantly is likely to have on the solvency of landlords.

The introduction of the new arbitration legislation will play a crucial part in continuing to help landlords and tenants resolve outstanding rent arrears.

However, we strongly advise landlords and tenants to work collaboratively in the first instance and seek early legal advice for support throughout the negotiation process to see if they can reach a negotiated solution before arbitration determines the issues.