​What next as restrictions on landlord remedies are lifted?

The much-anticipated Commercial Rent (Coronavirus) Bill is progressing through the final stages of the legislative process and is expected to be enacted by the end of March. 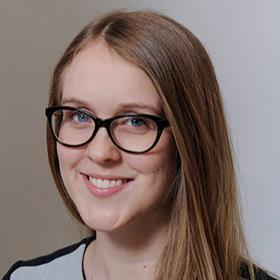 Once passed, the bill will restore the remedies available to landlords pre-pandemic for tackling rent arrears, while ring-fencing arrears accrued during periods that tenants were subject to coronavirus closure requirements or limitations.

The bill introduces an arbitration scheme for ring-fenced arrears in respect of which no agreement has been reached. The take-up of the scheme is not anticipated to be widespread. For starters, the British Property Federation estimates that agreements have already been reached in relation to more than 80% of arrears. In addition, tenants in financial difficulty may wish to avoid the scheme as there is a risk that the arbitrator could declare their business ‘unviable’, which would likely result in the tenant being forced into an insolvency process. The desire of tenants to avoid the scheme may lead to more CVAs and restructuring plans, as an arbitrator may not be appointed in circumstances where the tenant is subject to a CVA or restructuring plan.

In respect of non-ringfenced arrears, it remains to be seen whether there will be a significant uptick in forfeiture, as willingness to use this remedy will be largely dependent on the landlord’s plans for the premises and its confidence in being able to re-let swiftly. However, the mere threat posed by the possibility of forfeiture may encourage tenants to pay. The bill also removes restrictions on winding-up petitions, so we may see landlords serving statutory demands in order to pressurise payment of arrears and this, in turn, may result in an increased number of tenants entering into insolvency processes.

The government has extended protections to tenants on numerous occasions throughout the pandemic. Concerns raised by landlords at the outset of the Omicron wave that the duration of these protections may be extended again seem less likely to be validated now that the government has issued its ‘Living with Covid’ plan. However, landlords will be waiting until the bill is passed to finalise their arrears-recovery strategies.