​What will the Leasehold Reform (Ground Rent) Bill mean in practice?

The Leasehold Reform (Ground Rent) Bill is the first part of what the government calls “the most significant changes to property law in a generation”. The bill has made its way through the House of Lords and is currently awaiting debate in the House of Commons. 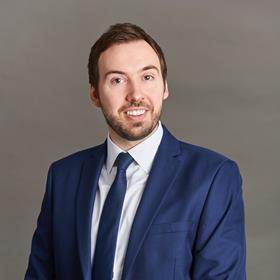 Once it comes into force, the legislation will reduce the ground rent on new long leases (meaning leases granted for a term of more than 21 years) of flats and houses to a peppercorn. The government has missed an opportunity to promote plain English in the legal profession by opting for the archaic peppercorn ground rent rather than simply zero. However, while the wording is ‘a peppercorn’, the rent is effectively zero.

The bill also includes anti-avoidance provisions and a potential fine of £30,000 for breach of the rules.

The provisions of the bill are fairly simple in that the ground rent on new long leases of flats and houses will be restricted to a peppercorn. There are then exceptions to this rule (discussed below) and a prohibition on the charging of administrative charges in relation to the restricted peppercorn rents, to ensure unscrupulous landlords do not try to get around the ground rent provisions.

The exceptions to this sweeping change include business leases, statutory lease extensions of houses and flats, community housing leases and home finance plan leases. Special rules also apply to certain other categories of leases. Retirement properties will be caught by the new legislation once enacted, but the provisions will not apply until 1 April 2023. Equally, voluntary lease extensions will be caught, but the restricted ground rent will only ‘bite’ at the expiry date of the original term.

On its journey through the House of Lords, the bill was amended to solve a potential problem of the restriction applying not only to ground rent but also to amounts reserved as rent (such as service charge). The next step for the bill is a debate and second reading of the bill in the House of Commons, which we look forward to with eager anticipation.

George Calvert is a senior associate at Cripps Pemberton Greenish