What’s in store for logistics?

In a year dominated by a global pandemic, it was no surprise to discover that the results of last year’s census were wildly different from previous years. 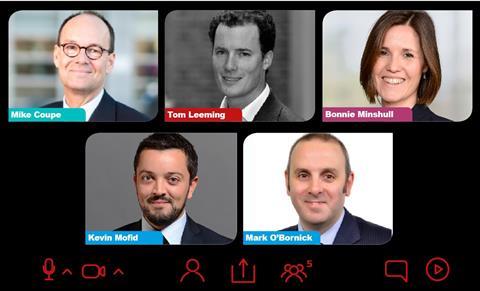 Covid-19 was the number one concern among occupiers in 2020, an issue which did not rank at all in 2019, but there were other major differences too. Brexit uncertainty went from being the biggest concern of occupiers in 2019 to only their fourth highest in 2020.

With a Brexit deal now over the line, Mark O’Bornick, director at Analytiqa, quipped that the census was “looking at Brexit hopefully for the last time now”. Despite all the events of 2020, he observed that people’s views on Brexit had not changed much.

“Once again, just over half of respondents told us that Brexit will have an impact on their warehouse footprints in the UK, either by requiring more or less space,” he said.

By far the biggest shift in concerns was over rising costs, which fell from second place in 2019 to ninth in 2020, just above the lowest-ranked concern, about consumer price issues, at 10th.

With Savills calculating that the industry recorded take-up of 50.1m sq ft in 2020 – the highest figure on record – the census also gave some insight into what level of take-up the industry expects to see in 2021.

Whichever way we slice the data that we record on take-up, it has been a record year

After O’Bornick’s census analysis came a session from Kevin Mofid, head of research for industrial and logistics at Savills, who spoke about the findings from the agency’s latest Big Shed Briefing. “Whichever way we slice the data that we record on take-up, it has been a record year,” he said. “[In total] 50.1m sq ft transacted across 165 separate transactions takes us to an increase of 127% in 10 years.

Another statistic that Mofid said “was going under the radar” was that in 2020 third-party logistics operators took the highest volume of warehouse space they have ever taken in one year – close to 10m sq ft.

As a caveat to this bullish news about the market, Mofid pointed out that Amazon alone accounted for 25% of 2020 take-up while short-term take-up – deals for less than five years, such as those for NHS PPE storage and distribution – accounted for 12% of take-up. However, he stressed that even taking those figures into account, 2020 would still have been a record-breaking year by many measures.

Mofid also questioned how long the booming UK logistics sector could run counter to wider economic trends – such as the huge spike in unemployment and the sharp dip in consumer spending caused by the Covid-fuelled recession.

“The unemployment rate is not going to get back to where it was pre-Covid for the next decade, and consumer spending is going to take a dive before it really rebounds later in the decade,” he pointed out.

“My question here, therefore, is: does the supply chain reorganisation – having more business being done online, having more delivery nodes in the network, stockpiling for Brexit, keeping more inventory in the UK for nearshoring – does all this combined mean we should in some ways disregard the economic indicators that we’ve been reliant on in the past? Something for discussion.”

The final speaker of the event was Mike Coupe, former chief executive of Sainsbury’s, who was naturally confident of supermarkets’ ability to ride the wave of change in consumer shopping habits.

“What people buy doesn’t change that much. Of course, what is changing very rapidly is the way they buy it. And we’ve seen a doubling of the online grocery business in the UK in the last year.”

Coupe also used his talk as an opportunity to question whether Amazon would be able to break into the online grocery market.

“It’s an unbelievably successful business. It will keep trying until it gets it right. But it is competing with the most mature markets and six of the best operators in the world.”

On Amazon’s growth, Coupe said the amount of warehouse space the online retailer takes is “frightening” and added that “one way or another that’s going to lead to further consolidation in the general merchandise and clothing businesses”.

Coupe also spoke about both the automation and the electrification of the supply chain in the future. “You’re going to have to have much bigger power plants, because those autonomous vehicles are certainly going to be electrified over the next 10 to 15 years,” he said.

“So, making sure that there’s enough power to charge the vehicles leaving the warehouse and distribution networks, I suspect, will become a bigger and bigger deal over time.”

During the Q&A session with Tom Leeming, development director at Tritax Symmetry, and Bonnie Minshull, director at Savills, Coupe answered questions about the profitability of home delivery and the possibility of ‘dark’ supermarkets, which are used primarily for home delivery.

On the former, while Couple acknowledged that customers buying from a shop would always be more profitable for a supermarket than home delivery, he nevertheless stressed that supermarkets would have to find a way to make it work.

“Listening to my successor talking, Sainsbury’s has got more profitable and there will be very significant economic drivers to increase pick efficiency, drop density and so on. Sainsbury’s does 44% online. When I took over, it was 5%. So, you can see how that business will have to adapt to changing customers’ requirements and needs.”

As for ‘dark’ supermarkets, Coupe said though there had been “many examples of online grocery businesses that have made no return on capital”, he recognised that Ocado did a “brilliant job of selling the dream”.