White paper for a green future

Following a gestation period of 13 years, on 14 December 2020 the government finally published the ‘Energy White Paper: Powering our Net Zero Future’. It seeks to achieve the Climate Change Act 2008 requirement of an 80% cut in carbon emissions by 2050 (set against the level of net UK emissions in 1990) and to fight climate change. 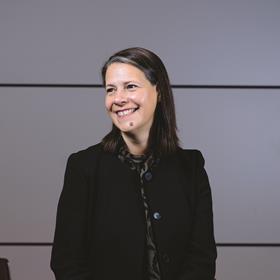 The white paper sets out the government’s policies and commitments to put the UK on a course to net zero and is based on three themes: transforming energy by building a greener future, creating jobs, and a fair deal for consumers.

Decarbonising the energy system over the next 30 years means replacing fossil fuels with clean energy technologies including renewables, nuclear and hydrogen.

This involves shifting from oil and gas to electricity to heat our homes and buildings in the next 15 years; ending the sale of petrol and diesel cars and vans from 2030; capturing 10Mt of carbon dioxide a year from power generation and industry by 2030; and switching to new clean fuels such as hydrogen for heat, power and industrial processes.

Clean electricity will be a more predominant form of energy that is likely to double demand and require a fourfold increase in low-carbon electricity generation. It is estimated that achieving the measures set out in the government’s Ten Point Plan and the white paper of reducing emissions across power, industry and buildings will support up to 220,000 jobs per year by 2030.

A fair deal for consumers

In response to the need for the transition to a net zero-economy to be ‘just’, the paper includes measures for the cost of the transition to be fair and affordable. Proposals include steps to save energy and reduce bills, but also for the energy market to incentivise people to move to clean energy solutions and make sure systems are agile and flexible to accommodate new technologies.

The government plans to increase competition throughout the energy retail market, protect the fuel poor, and create opportunities for customers to reduce bills and carbon emissions by upgrading energy performance and using smart technology. Critically, the paper recognises a need to consider carefully the nature of energy costs, who pays for them and how, so that the fairness and cost of moving to net zero is distributed justly among all stakeholders.

While much of the white paper’s content had been previously revealed, it provides some certainty for businesses on how the national energy and electricity market is key to achieving the country’s net zero target. It also commits the government to publishing further consultation, guidance and strategy documents in advance of the 26th UN Climate Change Conference (COP26) taking place in Glasgow in November.

Ahead of COP26, the government will want to be seen to proactively tackle climate change. A key element of this will be to establish a robust and joined-up policy framework to deliver our net zero target.

Crossing the Rubicon of ambition to deliver these aims is contingent on mobilising private investment in renewable energy infrastructure. The measures contained in the National Infrastructure Strategy will be crucial to provide investors with clarity on the government’s plans to build confidence and accelerate delivery of infrastructure.