Who is the proptech leader: UK or US?

In July, Property Week and Freeths hosted a digital think tank entitled ‘UK versus US property sector: who is the digital leader and who is the laggard?’ Leading figures in the proptech sector from both sides of the Atlantic discussed key differences between the two countries and the impact of the pandemic on the industry. 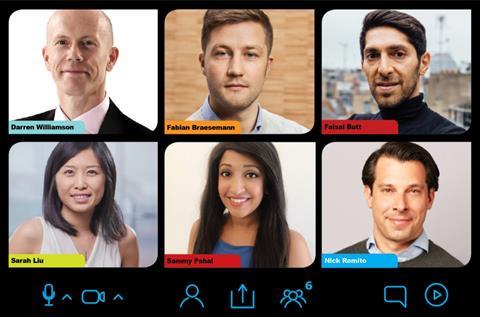 How did the UK property sector compare with the US prior to the Covid-19 pandemic in terms of adoption of proptech?

Romito: We entered the UK market about five years ago and I remember during my first trip being in a meeting with potential customers and every person in the room had both an iPhone and a Blackberry, and I thought: ‘Huh, I haven’t seen that in about three years.’ So I would say that at that point in time, it felt as though the US was probably two to three years ahead of the UK in terms of tech and the excitement or motivation to really try new things; but I have been astonished at how fast it has moved since then.

Butt: It is hard to make a general conclusion on what the trend was pre-pandemic, but what I will say is that there are certain subsectors [of technology] that Europe has certainly been ahead in. One of them, for example, is ESG. We all know that with the regulatory environment, the general political climate and the support for ESG that the government here is providing, it has fostered an environment for a lot of interesting tech to emerge that is focused on sustainability and other aspects of ESG. I also think that Europe as a whole has been ahead when it comes to data privacy and GDPR. So a lot of tech has emerged that relates to that to that type of thing.

Pahal: The UK tends to excel in areas like data capture regarding location and making that data available to private sector and public sector companies as well, whereas in the US – and some of our members have come from the US to the UK – there are many different data providers. There is not one consistent or authoritative source. In the UK, we have the Ordnance Survey and we have other public sector data providers as well that have come together and while there are still some challenges and some improvements that need to be made in terms of access to that data, I think it is an area where the UK does tend to excel.

Williamson: We are a nation of doubters, aren’t we? So we always think we are behind the US, but there are always areas where we are going to match – if not outperform – the US and those areas are going to centre on regulation and finance, because that is what we are big on and they are core to our systems. My hope that is that while we might have been three or four years behind the US from a tech perspective a couple of years ago pre-pandemic, that is slowly being eradicated and we are now catching up.

Braesemann: In our PropTech 2020 report we looked at the global distribution of proptech activity in many different countries and clearly the US is leading the way in terms of the number of proptech companies, but the UK is clearly leading in Europe. So there is a huge unequal distribution across the globe, with the US being the leading nation in terms of the number of companies and funding, and the UK is second.

What are the key differences between the UK and US in the way planning is received and the way buildings are leased and sold, and what role does technology play in these processes in the two countries?

Williamson: I guess this is two-fold really. It is how we get things consented to build and then how we get buildings sold and transacted. We have a system in the UK where the majority of land is already registered and is already online – there is only about 15% of land that is not.

But in the US, it is a slightly different system because the US does not have a land registry – it is an insurance-backed system. I think there are more than 3,000 county deeds records offices in the US and, effectively, when the insurers put the policies in place, half of them are digitised and the rest of them are not. If they are looking at the old title documents to see if the parties own the land they are transferring, they have to go down [to the records office] and inspect the deeds. That takes time and effort, but in the UK there are a series of tools that have been put in place to streamline that system.

A few additional things were also put in during the pandemic, which were great, such as virtual planning committees. However, as we come out of the pandemic, those sorts of things have been withdrawn so we are almost going backwards, which is a travesty.

Liu: I think the point Darren made about local jurisdictions is the critical one here as far as title goes for us because, unfortunately, the way the US is structured with 50 states and thousands of counties, much of the policy-making is done at the local level, as is much of the record-keeping. As a result, there is not the same unified registry nor is there even the ability to standardise the way that title and registration of land can be done from a state-by-state level.

There are [proptech] start-ups in this space – especially on the residential side – that are trying to address title search and title insurance in a way that automates the search process and makes things much quicker than they used to be. However, I would say that without a public-private partnership of sorts, and essentially buy-in on the government side of things, it would be very difficult to fully digitise the record process and not just the tech-enabling part of that process.

There are also some interesting technologies emerging on the planning side of things over here at the moment, but not quite as much on the registration side given the government complexities that exist.

Looking at the impact the pandemic has had on adoption rates of technology platforms within the property industry, have you noticed a surge in enquiries for proptech products?

Pahal: We put out a survey at the beginning of the pandemic asking what the impact had been on our members, or what they thought the impact would be, and 43% said they were currently in survival mode, but 25% said they were predicting growth over the next three months. I think if we ran that survey again now, there would be much more than 25%, because from the conversations I have had over the past year most of our members say they have had more enquiries from property companies than they have ever had in one year.

Butt: We published our own research on this around April last year called Real Estate’s Great Reset. At that time, no one knew what was going to happen and we hypothesised that there would be an increase in adoption [of technology] and that proptech companies would generally be a net beneficiary of the pandemic. And I think largely for our portfolio [of proptech companies] – and we have around 60 companies across Europe – that has been the case.

Liu: Anything that digitises workflows that previously required face-to-face contact has done extremely well off the tailwind from Covid, and some of those [products] will probably have more staying power. We have been pretty careful tracking the things that might be a little bit like a gold-rush boom versus the things that we think are truly paradigm shifts in behaviour and have much more staying power.

The areas where we are spending the most time these days are probably residential, construction and supply chain warehouse tech, because we see massive macro tailwinds, especially as it relates to ecommerce, the transition of multi-family to single family and a lot more folks moving to the suburbs and wanting more space, given there is this permanent shift towards having more hybrid workplaces or even being able to work from home remotely forever.

Where do you see the biggest opportunities for proptech platform and solution providers post-pandemic?

Romito: If I were to net out the ultimate value of any of the parts of our platform, it comes back to data. I think it is understanding how you are doing versus the market, which means you have to understand the market. So for us, I think any component of a platform – whether it is ours or someone else’s – is going to ultimately come back to if you cannot really measure it you cannot improve it.

Braesemann: I think the big thing that is going to come out of the pandemic is data about the workplace and about how, where and when people work. As we all know, real estate is such a huge asset class and there is so much capital in the sector, so we need to understand where this is best made use of and how we can make people more productive. This is where data comes into play and this is where proptech companies will derive the most value.