If Lord Sugar had his way, every business mishap would end in the project manager being fired on the spot. 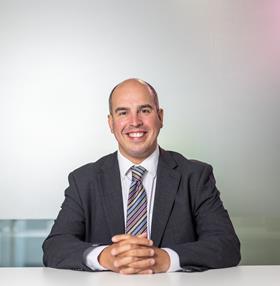 The drama of failure certainly makes great TV, but is failure all bad? Leaders brave enough to ‘fail up’ could ultimately achieve far more than their risk-averse counterparts. Success is safer, completing on budget is safer, yet perhaps it comes at a different cost.

When we look back at a project, what if we’d taken chances and looked for opportunities instead of ruling things out? What if we’d failed but learned valuable lessons? Would the end result be rather different? One theory is that allowing employees to fail up isn’t necessarily bad and can sometimes yield talented, resilient leaders, and productive new ways of working.

Now, I realise that within the built environment, there are some non-negotiables; particularly around building safety and quality. However, creating a culture where failure is seen as a learning experience can drive business success. That’s all easily said, but just how do you help people (and yourself) learn from failure?

Academics Christopher G. Myers, Bradley R. Staats and Francesca Gino identified what they call ‘ambiguity of responsibility’, which is key in defining when you learn from things going wrong. In a Harvard Business Review article about their research, it’s summed up as people falling into two camps: either owning the result or blaming other circumstances outside themselves. Those that own the failure are shown to change and work harder after the mistake.

However, we all know that in real life it can be difficult to allocate responsibility. Some useful tips for leaders include:

A business failure, flop or fiasco should always be followed by change, to prevent the same thing happening again. You need to analyse weak points and then address them directly. In property, this might be tightening up processes, investing in technology or recruiting additional team members. Continuous reflection and adaptation should be encouraged across the organisation. Failure is sometimes actually needed, but you have to be able to own it to move on.