Why all of London’s West End needs ‘levelling up’

‘Levelling up’ is a term used a lot by government to address disparities between north and south, but there is a danger central London will also become uneven in its prosperity as we climb off the floor after Covid-19. 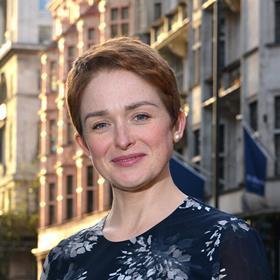 Let me explain: Heart of London Business Alliance figures show that in the week after the latest easing of lockdown restrictions, footfall in Leicester Square was up 47% week on week, in Piccadilly Circus it rose 44% and in Piccadilly it rose 39%.

So much of this is down to the almost complete absence of foreign tourists, which for West End businesses is compounded by the fact that these visitors spend five times more when they visit London than domestic tourists.

But with tens of millions vaccinated, we are getting there. The next question is: what type of West End emerges from the biggest shock to the capital’s cultural heartland since the Second World War?

Westminster Council has already begun efforts to recreate a buzz in the capital through the eye-catching ‘Marble Arch Mound’, a 25m-high grassy hill at the entrance to Oxford Street resembling the recreation of Glastonbury Tor at the opening ceremony for the 2012 Olympics.

Now it is crucial that central government, Westminster and the Greater London Authority step up to bolster other key areas of the West End to maximise its revival. 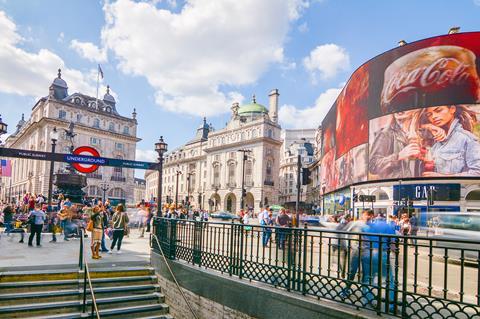 First, Charing Cross Road and St Martin’s Lane need TLC. Piccadilly Circus and Leicester Square are globally renowned entertainment districts, and Covent Garden is an internationally famous shopping district. But the area between has been overlooked for many years.

Research indicates the arrival of the Elizabeth line could see footfall on Charing Cross Road rise by 80%, so the area will need wider footways, better crossings and traffic-free spaces. Charing Cross Road and the surrounding courts have retained their independent bookshops, art shops and restaurants, making it a delightful place to explore. A people-first approach to the area’s public realm can bring visitors flooding back.

It’s incredible to think that just a stone’s throw from these areas there are also some of the quietest streets in central London – like Panton Street and Whitcomb Street. This tight-knit network of lanes – already home to the Royal Watercolour Society, the National Gallery, the National Portrait Gallery and the Japan Centre – could flourish as a new arts quarter, with independent gallery spaces, creative workspaces and outdoor dining and bringing art into the public realm to create a ‘gallery without walls’ .

Next, Piccadilly offers an opportunity to revive the West End – again, wider footways, decluttering, public art and a new ribbon of trees would transform the area.

Now is the time to reinvigorate the West End. It’s a tremendous opportunity to make lasting improvements – and most important of all, seamlessly link all the elements of central London’s magical ecosystem. Let’s make sure that when we level up, London not only isn’t left behind, but that the whole of the West End recovers at the same rate.

Ros Morgan is CEO of Heart of London Business Alliance