Why later living is a positive investment

So-called alternative residential assets have been all the rage among investors and developers over the past few years. 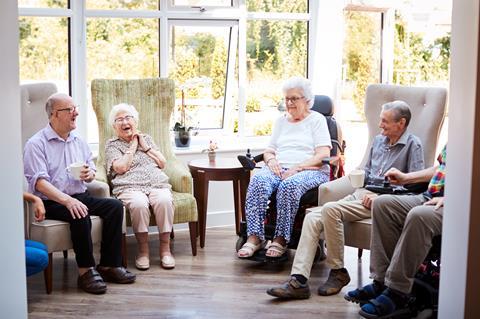 Billions of pounds of pension fund money have poured into two of the most successful alternative residential assets – build-to-rent (BTR) and purpose-built student accommodation (PBSA).

Fundamentally, these long-term investors have been attracted to BTR and PBSA because both are underpinned by long-term demographic trends.

Both assets by their very nature cater to the younger generation. BTR,for example, looks to capture so-called ‘generation rent’, who are renting for longer than ever, demanding better services and amenities.

Yet there is a huge proportion of the population that is not being catered to at the same scale by any new – or alternative – residential assets. This may be about to change.

It is no secret that Britain’s population is rapidly ageing, with the ONS predicting 15 million people will be over 65 by 2030. There is already latent long-term demand building for retirement housing stock.

However, the UK’s later living market is still tiny compared with more mature markets such as Australia, New Zealand and the US.

In 2017, just 0.6% of over-65s in Britain were living in retirement communities, according to a Local Government Association report.

However, the supply and demand drivers are advantageous enough to suggest that a later-living boom in the UK is a possibility.

As Savills noted in a Key Investment Opportunities article from January this year: “The population aged 75+ stands at 5.4 million and is due to grow by 1.9 million over the next 30 years. There are 726,000 dedicated retirement dwellings in the UK.

“On this basis, we estimate the sector is as much as 45% undersupplied, even before factoring in a high risk of obsolescence of the stock that exists. Legal & General, AXA and Goldman Sachs have already committed to the sector.”

“Specialised housing for seniors is going to be hugely important in the coming year, as demand grows dramatically to accommodate our ageing population,” he says. “Too many over-65s remain in their own homes long after they have stopped being suitable for their needs. They are put off by the tax burdens associated with downsizing, a lack of choice in retirement living housing and uncertainty about leaving a much-loved home.”

A rise in later living might also help solve some of the long-running issues inherent in the UK’s housing market.

Arguably, for too long Britain has ignored the needs of people in later life and failed to provide enough homes for our older generation.

Eugene Marchese, co-founder and director at Legal & General-backed urban later living developer and operator Guild Living, says: “The Covid-19 crisis has hit our elderly population hard and has exposed the terrible truth that many millions of people in later life do not have a safe place to call home.

“Too many are lonely and isolated, live in homes that pose a risk to their health or cannot safely access the care services they require.

“This crisis must herald a revolution in the way that we care for our elderly generation. It must prompt us to ask ourselves ‘how do we want our parents to live in later life?’. The time has come to look at ageing in a new way and to ensure that we, as a society, value the extraordinary life of every older person.”

The growing conversation around later living schemes represents a step change in how society is thinking about our elderly population’s living conditions.

However, for many over-65s looking to downsize, there is not a wealth of attractive or available options. A trickle, rather than a torrent, of new purpose-built retirement communities coming on to the market is currently severely restricting the choice on offer.

Over the coming 25 years, demand for later living accommodation is set to grow substantially as the population of over-80s doubles. These strong macro tailwinds mean later living communities offer compelling growth and will generate long-term results.

Retirement communities are a countercyclical, needs-driven asset class and, like other ‘alternative’ investments, offer diversification and long-term cashflows.

Crucially, they are also a socially positive investment that meets a genuine need and have the potential to dramatically improve the lives of the people who live in them.

If you want to benefit from more residential property insights, join us for the RESI Convention on 10-11 November 2020.