Why nearshoring is so beneficial

When giant automotive supplier Robert Bosch opened a €1bn chip plant in Germany close to the Sirius Business Park in Dresden last month, it was hailed as a triumph for nearshoring – the opposite of the trend towards globalisation that has driven world economies in the 21st century. 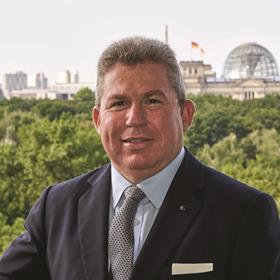 The plant opened as the automotive industry battles a global chip shortage, meaning Bosch can serve Germany’s car giants directly rather than relying on third-party manufacturers.

Chancellor Angela Merkel said semiconductor shortages were hampering Germany’s economic recovery and that it needs to strengthen resilience against external supply disruptions: “We aren’t in pole position – we have to catch up,” she said.

It’s big news for Germany, where all of Sirius’s portfolio of industrial, storage and office property is located, even though we are a FTSE-250 company. However, the global trend towards nearshoring will also be big news for the United Kingdom.

Bosch’s move is also hugely important for Germany’s `Mittelstand’ – the 99% of the country’s companies that have annual revenues of less than €50m and their British cousins, nicknamed the `Brittelstand’.

These companies feed off the activities of corporations such as Bosch and form the backbone of most countries’ industrial and office property markets. For them, nearshoring and another trend, flexpansion, are having a huge impact right now.

The benefits of nearshoring are profound. Time and cultural differences are avoided and, at a time when speed of delivery is crucial, it allows manufacturing to operate with greater velocity.

Brexit is the first big driver for nearshoring. The impact of the UK leaving the European Union in January of last year has already been big, with companies having spent years preparing and now executing their plans to mitigate trade barriers, even if a `thin’ trade deal was eventually done.

Next, the global pandemic has increased mistrust of China, meaning that global corporations are wary of relying on operations there that could be threatened by a regime which is increasingly seen as a destabiliser on the world stage.

The pandemic, in turn, has concentrated minds on global production chains. The European Union’s early embarrassment over its vaccine rollout, and subsequent legal dispute with AstraZeneca, has led to many companies exploring options at home or closer to home.

The impact of the Suez Canal blockage is expected to last into the fourth quarter of 2021 and has been compounded by the suspension of operations at Guangdong, China – the world’s fourth-largest container port – following an outbreak of just 150 Covid-19 cases.

And finally, the spectre of inflation is back. With the US Federal Reserve hinting at increasing interest rates at a faster pace and with the US’s consumer price index at a 13-year high, the added cost of imports is also becoming an issue.

The second big trend is flexpansion, which is seeing both the Mittelstand and Brittelstand rethink their whole real estate strategy.

Small- and medium-sized companies used to be hamstrung with long leases and at the same time were committed to their people being 100% present in the workplace.

Covid-19 has seen a dramatic move towards flexible working that will never be reversed – the genie is now out of the bottle.

At Sirius, where 60% of our tenants are small- and medium-sized enterprises and 40% are top anchor tenants, 32% of our portfolio is storage, 32% is out of town office, 21% is production, 7% is flexible offices and 8% we bracket as `other’.

This means that we are at the sharp end of customer trends because our 5,000-plus tenants are changing their working and leasing patterns all the time across Frankfurt, Berlin, Dresden, Munich, Hamburg, Dusseldorf, Cologne and Stuttgart.

Data-driven marketing accounts for 85% of our enquiries and we are seeing strong growth right now, with Covid-19 cases in Germany in decline and the economy forecast to grow by 3.5% this year and 4% next year.

What almost all our customers now want is flexpansion – a term coined by Colliers that shows across Europe and the Middle East and North Africa, a new supply of flexible workspace is shrinking in city centres and growing in `inner city’ and `outer city’ locations.

This is only to be expected as companies anticipate more people working from home as well as alternative locations on the edge of towns and cities, for example a flexible office opening in the suburbs, which is easy for people reluctant to commute.

Real estate has always been a function of the economy and big macro trends. With nearshoring and flexpansion growing, that is truer now than ever before.