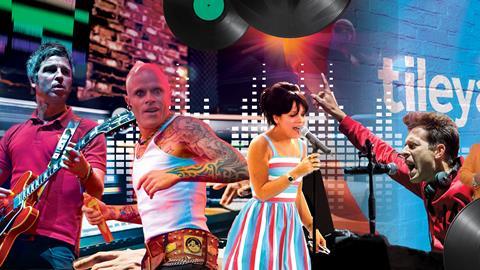 Why Tileyard London’s ambitious expansion plans hang in the balance

When you think of the most famous music studios in the world, which names spring to mind?

Abbey Road in London, made famous by the Beatles? Sun Studio in Memphis, which helped launch the careers of Elvis and Johnny Cash? Muscle Shoals Sound Studio in Alabama, where artists like Aretha Franklin and The Rolling Stones recorded?

How about Tileyard London? No, didn’t think so. The 200,000 sq ft creative hub, which sits just north of Argent’s King’s Cross office development, boasts a roster of popstars that reads like a who’s who of the UK music scene – think Noel Gallagher, Mark Ronson, The Prodigy and Sigala.

Yet, although it is home to nearly 280 companies employing more than 1,000 people, it remains little known outside the music industry.

That could be about to change. Owner City & Provincial Properties (CPP) has submitted plans to add a further 75,000 sq ft of space to the scheme, generating another 1,000-plus jobs. 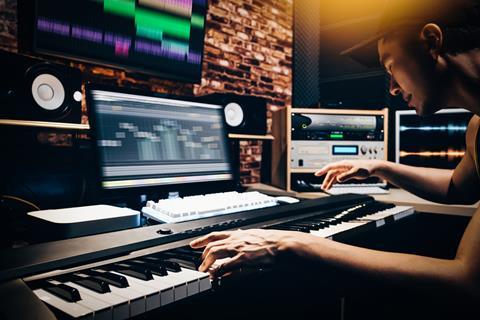 There is just one problem. The owner is struggling to get planning permission from Islington Council for its ambitious expansion plans. So will the hub’s owner be granted approval to expand, propelling it into the music studio hall of fame – or will its plans fail to chart?

CPP warns that if the council’s draft local plan is signed off, it would threaten not just its expansion plans but the long-term future of the whole site.

It would mark an ignominious end to a long, but until now far from sorry, saga.

CPP acquired the tired-looking 1980s-built industrial estate, which sits between Tileyard Road and Blundell Street, in November 2007. CPP director Paul Kempe, who founded the company in 1984, says that at the time, the estate, which was built by Lord Alan Sugar’s development arm and had B1 consent, was about 80% to 85% empty. The remaining occupiers were last-mile delivery businesses.

“It had an uninspiring exterior and generally speaking it was pretty dilapidated and under-invested,” recalls Kempe. 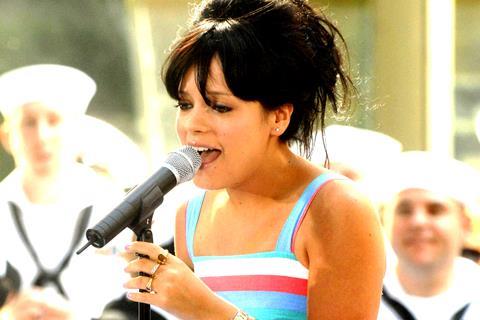 “In the first year or two of our ownership, rents went down from about £8/sq ft to £5.50/sq ft. We thought ‘this is disastrous’. The conventional letting market had gone. You couldn’t even give the space away to offset rents.”

Fortunately, Kempe had made a side investment in a music production company in Ealing and, through this, he met Michael Harwood and Nick Keynes, former members of 1990s boy band Ultra.

They had set up a production company and were renting out a handful of studios to other users. Kempe hit on the idea that his industrial estate might be used in a similar way.

“So I said to them ‘if you can get 10 people to sign up, I will invest money to create some great studios, but you’ve got to get them signed up first’.”

The duo quickly delivered 10 names and, before long, the site started to gain a reputation within the music industry.

“We suddenly found people coming up to us saying ‘it’s a bit of a dump, but actually it’s quite cool’,” says Kempe. “That’s how it started. It was all word of mouth – we didn’t use agents at all.”

CPP starting investing in the site and soon pre-let 10 more studio spaces, then another 20, and it just snowballed from there. Today, there are around 100 studios on the site and Keynes curates the tenant mix using a pretty unique approach to property management.

Although Tileyard London has attracted lots of recording artists and studios over the years, the site has a diverse occupier mix, which includes talent management businesses and PR agencies with links to the entertainment industry, and even an e-games business.

CPP has also invested in new amenities for the growing army of workers on site, such as the appropriately titled Vinyl Cafe, a wellness centre and the Two Tribes Brewery. 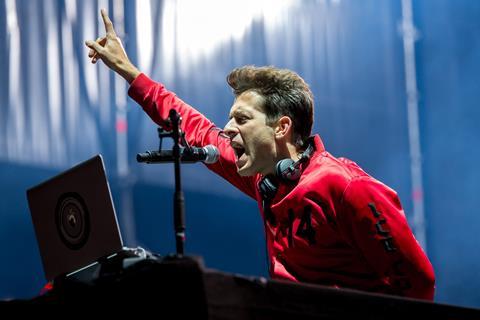 “We’ve taken an estate that was dead and turned it into a creative workspace,” says Kempe. “I think the GLA [Greater London Authority] describes us as the most important music creative hub in the UK, which is great.”

Not surprisingly, the success of the site has enabled CPP to grow rents from those lowly levels it had to contend with back in the late 2000s and Tileyard London is now completely full – hence the desire to expand the development.

And therein lies the problem. In 2015, CPP started to put in motion plans to add around 100,000 sq ft of new space at the site. It managed to acquire some buildings locally and did a land-swap deal with Big Yellow self-storage, with which it drew up a joint planning application.

The planning application, which was submitted in July 2018, proposed demolishing the existing buildings and replacing them with a building that at its highest point would be eight storeys. The intention was to offer a mix of light industrial floorspace, a ground-floor café, business-use floorspace, office floorspace and self-storage space.

However, the local authority failed to reach a decision on the application within the required timeframe. So early last year, CPP launched an appeal for non-determination. The estate has been designated as an LSIS – locally significant industrial site – by Islington Council and it argued that the area’s industrial space could be lost if permission for the extnesion were granted.

Ultimately, CPP’s appeal was unsuccessful and the inspector ruled in the council’s favour. Things got worse for the site later in the year when Islington Council’s draft local plan, which protects industrial land uses in the borough but also supports other employment-generating uses, stated it would just promote industrial uses on industrial land.

Tileyard launched an online petition outlining its opposition to the changes to the local plan that garnered more than 1,500 signatures. But at the moment, the creative hub’s future remains up in the air.

Kempe cannot mask his exasperation. “We’ve been investors in Islington for more than 10 years,” he says. “Unfortunately, because my property company owns Tileyard, they [the local authority] still regard me as some kind of capricious property developer.

“We’ve brought more than 1,000 jobs where about 30 existed before. We’ve got this amazing ecosystem where everyone is creative. The GDP these guys create is huge. 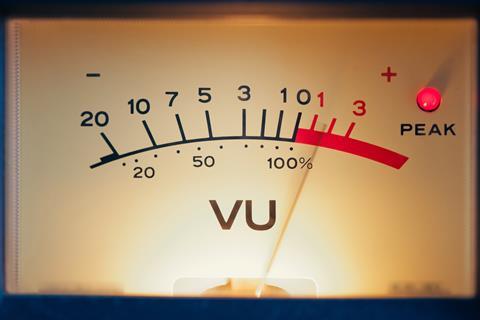 “One of the companies started with one guy; it has now got 65 employees working for it and has turnover in excess of £10m. And there are myriad similar stories.”

He adds that Tileyard London also has a significant social impact strategy in place to help the local community.

“We have a programme called Tileyard Impact, which is all about helping people who are less well off and letting them see what the music industry can offer,” says Kempe.

”And we have Tileyard Education, which we run ourselves offering MA courses, in addition to our own in-house music company called Tileyard Music where we promote new and upcoming artists. Whenever I tell people about this situation, they are incredulous.

“Islington Council are not taking a punt on us. We’ve been here for more than 10 years. If we were get-rich-quick, fly-by-night developers we would have done that years ago – we’d have been out of here. And sometimes I wish we had given all the grief we’ve experienced.”

For its part, the local council says it is not opposed to the expansion of Tileyard to provide more space for small creative businesses. However, it argues that this is not what was being proposed by CPP for Tileyard. Indeed, it claims CPP was effectively seeking planning permission for a large floorplate office that could be occupied by anyone – a suggestion Kempe vehemently denies.

The council’s local plan is expected to be submitted within days and a spokesperson for the council says the Tileyard petition has been treated as a representation to the local plan.

Councillor Asima Shaikh, executive member for inclusive economy and jobs at Islington Council, says: “I want to be really clear that our local plan absolutely allows and protects the use of industrial space for creative purposes, and the council is actively working to support and promote employment in the creative sector.

“We are not opposed to the expansion of Tileyard studios or other creative enterprises to provide more space for micro and small creative businesses.

“What the local plan does do is prevent the change of use from industrial space to office buildings, or other unsuitable purposes. This is because we think it’s vital to foster an inclusive, robust and varied economy in the borough.

“Many types of businesses have an unavoidable need for industrial space, and we have very little left in the borough. It’s vital that we protect the remaining industrial space we have, both for those businesses and for the many other businesses that rely on them.”

Kempe says that he has taken on board some of the comments made by the inspector around the proposed development’s massing issues and resubmitted a scheme that has 30% less floorspace than originally proposed. He is hopeful he will obtain consent for the revised plans next month.

He also hopes that one day he will have the same relationship with Islington Council as he has with Wakefield Council, in West Yorkshire, where he is pushing ahead with the delivery of Tileyard North, next to the Hepworth Wakefield art gallery.

Kempe aims to replicate the success of Tileyard London by renovating some old industrial mills and turning them into a creative hub that he says will be “one of the coolest places in the north of England”.

“There are so many talented people in the north and basically they all leave because of either the lack of opportunity or the perception that they have to be in London to make things work, particularly in the music industry,” says Kempe.

“But our view is that’s rubbish. We can give you all the facilities for a fraction of the price up in Wakefield and when you need to come to London you can come to Tileyard London and meet all the majors and producers here. So you have this London base without having to pay for it.”

He has been working up plans for Tileyard North for more than three years and work is due to start on site next month. He hopes the first buidling of 20,000 sq ft will be open by the end of the year. That’s just for starters.

Kempe is also eyeing up opportunities to create similar ‘satellite’ hubs in a number of othernorthern cities.

“We’re looking at a number of different areas,” he says. “What we want to do is grow Tileyard into a global brand with music studios and creative space all over the world. That’s the vision. It’s exciting. And that’s why I’m very keen to grow Tileyard in London.”

And one day he hopes to create a network of Tileyards across the world.