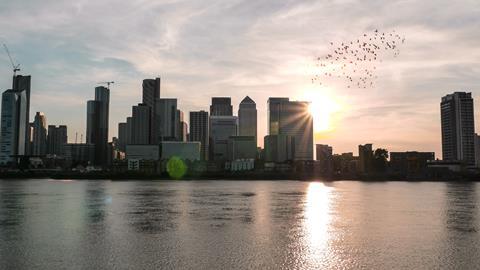 Why we must let birdsong be heard in our cities again

How should we measure the success of a city? By the efficiency of its public transport? The liveliness of its streets? Its crime rate or economic growth?

Or, as professor Timothy Beatley argues in his new book, by its birdsong?

“The idea of judging cities by economic metrics like GDP is understandable, but I would say that one good metric is the extent to which residents, wherever they are, can hear birds singing – it is so life-enhancing and so delightful,” says Beatley, an urban planning expert at the University of Virginia’s school of architecture.

His book, The Bird-Friendly City, is an appeal to developers, architects and local planners to put nature – and specifically birds – at the heart of their designs.

Why? Because he believes that communities, whether they be workers in an office block or residents in a housing scheme, derive significant physical and mental benefits from the sight of a swift and the song of a blackbird. And, as he explains in a Zoom call from his home in Charlottesville, Virginia, buildings are one of the biggest bird killers. An estimated one billion birds a year die from glass collisions, while power lines, roadways and dazzling lights kill countless more.

Yet, just as buildings pose threats, they also offer opportunities. Speaking to Property Week just before more than 50 wildlife experts, politicians and celebrities sent a letter to Boris Johnson calling for tougher action on wildlife loss, Beatley set out a number of creative steps already being taken to help address bird depopulation.

There is a mental health benefit that birds are giving us

To prevent bird strikes on reflective glass windows, for instance, he argues for exterior netting, parachute cords (strips that hang down a building’s facade) and ceramic fritted glass, in which a pattern is fired or baked into the glass.

“Here in the US, we’re seeing a rapid recognition for the need of new kinds of glass. There are now so many products on the market that if you’re a builder, designer or architect, be it of a tall office building or a single family home, you have to think about the facades and bird-safe glass,” says Beatley.

There are moments when it feels as if the author’s enthusiasm for protecting birds might not chime with the mood of the general public – at one point he argues for the introduction of coyotes in cities to serve as “a kind of bird guardian” that would deter cats from venturing outdoors.

But he also highlights a swathe of effective initiatives that have been implemented in cities around the world including: vertical tree canopies adorning the walls of Singaporean skyscrapers; swift boxes dotted around the tops of London museums; and artificial burrows built for burrowing owls on the ground in spots around downtown Phoenix, Arizona.

There is just one problem with all these ideas: they cost money. Convincing developers working on wafer-thin margins to introduce state-of-the-art bird-safe window frames or 300ft hanging wall gardens might take some doing.

However, he says there is a growing financial case. Environmental regulations are getting tighter in many cities and Beatley argues that developers should embrace bird-safety measures now before they are forced to.

On top of that, Beatley thinks wildlife-rich developments will be in huge demand as people look for greener space following a year of being trapped indoors. 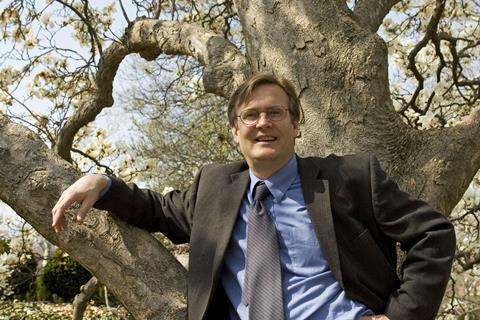 Timothy Beatley: the urban planning expert says buildings are one of the biggest bird killers, with a billion birds a year dying in glass collisions

“There is a mental health benefit that birds are giving us that will carry on beyond the pandemic. Consumers and potential purchasers are interested in just having wildlife and birds nearby,” he says, citing Barratt’s flagship Kingsbrook development, just outside Aylesbury, where the housebuilder teamed up with the RSPB to deliver what it claims is the “first truly nature-friendly housing development in the country”.

Beatley, who visited Kingsbrook for his research, says he was “impressed because it seemed to reflect a sense on the part of consumers that they wanted to have more nature around them.”

With so much of our daily lives disrupted by Covid, many people have sought solace in nature. Traffic to bird web pages, downloads of bird identification apps and sales of bird feeders have all risen.

However, the threats facing nature are not going anywhere, so is Beatley optimistic or pessimistic about the future?

“Both, I think,” he says. “It’s a daunting time. Climate change is leading to massive habitat loss, there is deforestation and use of pesticides is increasing.

You can’t help but be very discouraged.

“On the other side of it, the optimism comes in when you see all the organisations trying to work on these issues and the deep care and love that there is out there for birds.”

Beatley’s fears for the future are backed up by RSPB data showing that in the UK alone, 40 million fewer birds now take part in the dawn chorus than did so 50 years ago.

But his book also offers hope that all is not lost. And now, as the spring brings birdsong back, it is a good time to realise that even in the city, where the environment consists mainly of concrete and glass, birds can flourish – provided some thought is given to their needs.

If the real estate community can play its part, future property developments may not only boast amazing views and cutting-edge designs – some may offer that less tangible but wondrous and heart-stopping amenity, the dawn chorus. 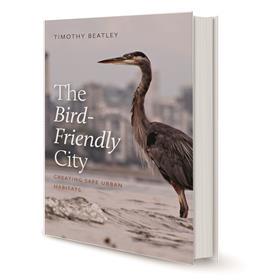