As we head towards the Christmas retail season, the economic headwinds do not look great: inflation in double digits, output falling to the point of recession, the highest tax burden since the war, political instability domestically and conflict in Europe. 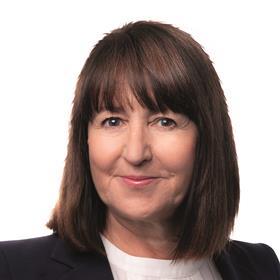 The Christmas season is meant to provide retailers with two months of the year when they should expect to turn a profit, to make up for the 10 months when some could very well be making losses. The question is: how will the Christmas magic dust work to make that happen this year?

It is inflation that is hurting the high street the most. What could have been a post-Covid-19 bounce turned out to be a post-Covid-19 supply shock, sending prices rocketing, and not just for the goods retailers sell. Utility bills and running costs are higher; for some, salaries are up too; and business rates linked to inflation at 10% are a looming spectre.

Total occupancy costs, which very much include business rates, are rising dramatically for all businesses, but particularly for the small, independent traders that provide identity, vibrancy and differential to high streets, yet lack the clout of bigger retail chains.

For many shops in the Midlands and the north in particular, business rates now represent as high a proportion of occupational costs as rent, or higher. The business rates revaluation due to be reflected in bills in April should correct some of the disparity. But England’s absurd transitional relief scheme will leave many still paying over the odds, as downwards transition maintains artificially high bills for properties in areas whose valuations have fallen.

This system should be abolished so that all shops pay business rates based on true value, averting the double whammy of high bills in a declining market just to balance the Treasury’s book-keeping.

When running for Conservative Party leader over the summer, Rishi Sunak indicated that he had received a lot of representations on the thorny question of high business rates. He said he would look at extending the 50% business rates discount up to £110,000 per business for next year as well. Many will want this reassurance soon if they are to make a fist of running a retail outlet into the new year, even if it falls far short of the overhaul actually needed.

Sunak can go one better, of course. He has entered Downing Street promising to enact the Conservative 2019 manifesto, which included a cut in business rates for leisure, retail and hospitality.

So will this prime minister keep his promises and cut businesses rates? He could freeze or cut in cash terms the take from business rates for next year and reduce the business rates burden to give retailers a chance of profit and survival.

This is a tax on existence: retailers pay it before the cash register starts ringing. Committing to take a little less in business rates from them next year and leaving a little more to face what’s ahead would be the best Christmas present this government could give.

Vivienne King is chair of the Shopkeepers’ Campaign

A s we head towards the Christmas retail season, the economic headwinds do not look great: inflation in double digits, output falling to the point of recession, the highest tax burden since the war, political instability domestically and conflict in Europe.