Working together for better digs

The reign of her late Majesty, Queen Elizabeth II, saw enormous change in all areas of society, but perhaps none more so than in higher education. 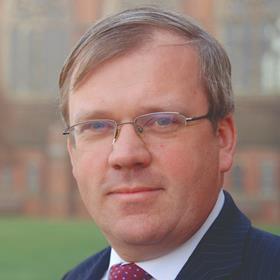 With the uplift in the number of 18-year-olds from now until 2030, and with participation rates rising, there would appear to be no end to the expansion. There is a view, from some, that too many of the youth of today go to university, and yet somehow it is always someone else’s children and not the children of those with such opinions that should apparently miss out.

Accommodating 85,000 students across 18 institutions would have had limited impact on the cities and local communities in which those universities were based. Today, it is a different matter – and yet it seems to come as a surprise each year when the press feature headlines of students being accommodated in locations that basic knowledge of UK geography would question. This year has seen students studying in Manchester being accommodated in Preston, Liverpool and Huddersfield, with the university offering a small financial incentive for those affected, presumably to cover travel.

However, this is not a one-year problem, with Bristol students previously living in that well-known suburb called Bath, and York students living in Hull, which I am sure is convenient for Hull’s student union, but less so for students wanting to enjoy the nightlife in York with friends from their course.

With regards to who is to blame, the finger is regularly pointed at universities for only focusing on first-year students for whom they provide accommodation and having, apparently, little concern for the impact of expansion beyond their campus boundaries.

But is that fair? Government funding and a tuition fee that will have been fixed for eight years by 2025 at £9,250 per year for an undergraduate course have left universities with little choice other than to increase bums on seats and hoover up international students.

In addition, a university has no control over the increasing legislative burden that private landlords face and which has led in some areas to a landlord exodus from the houses in multiple occupation (HMO) student market. Furthermore, universities have little influence in most cities for a direct-let, purpose-built student accommodation (PBSA) scheme being denied a planning consent due to Nimbyism.

A more co-ordinated and strategic approach to student accommodation is required involving universities and local authorities working together to agree the current and future demand and deliver solutions. Students bring significant economic benefit to areas in which they live, but have different needs and lifestyles to local communities. While PBSA overseen by the university (it doesn’t have to be owned and operated by it) suits most first years, for returning students there will be demand for both HMOs and PBSA.

Having an overall local strategy that acknowledges that mix and seeks to provide appropriate accommodation for all students will benefit students, universities and local communities. Student accommodation is not a first-year-of-study issue.