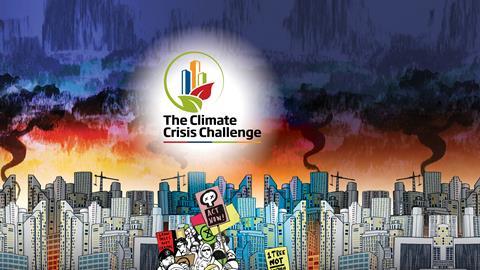 Zeroing in on the key climate issues

It is tempting to think that the coronavirus pandemic has put the brakes on the property industry’s desire to tackle the climate crisis.

However, the success of Property Week’s Climate Crisis Challenge virtual event Net Zero: The Art of the Possible, hosted in collaboration with UKGBC and partners Argent, Mishcon de Reya and Savills, shows that if anything, the industry has more desire than ever to tackle the climate crisis.

During the hour-and-a-half event held online on Tuesday 9 June, representatives from across the industry talked about what net zero emissions really mean and how likely it is that real estate will be able to hit this target.

The event began with Property Week editor Liz Hamson and UKGBC chief executive Julie Hirigoyen discussing the results of Property Week’s recent Climate Crisis Challenge Perceptions Survey, which revealed that more than 90% of the real estate professionals polled wanted stricter regulations to tackle the climate crisis, but less than half felt their businesses were equipped to combat it.

What’s more, 92% of respondents agreed that tackling the climate crisis mattered to them personally, but 40% did not know whether their business had a strategy to tackle it. 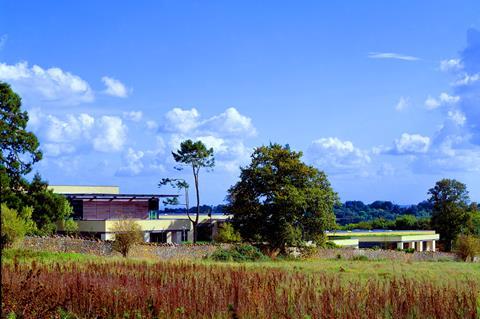 Green pioneer: the Bennetts Associates-designed Wessex Water HQ in Bath was one of the UK’s most sustainable buildings when it opened in 2000

When asked what one change they would like the industry to make to address the crisis, respondents called for stricter minimum energy efficiency standards, the decarbonisation of building stock and mandatory carbon budgets for all buildings.

Hirigoyen said the results underlined the industry’s change in attitude towards the global climate crisis.

“We’re really seeing a shift from ‘Why should I bother doing it?’ to ‘How do I do it?’” she said, adding that she was pleased to discover that most of the respondents of the survey were senior – over 65% were at partner, director, chief executive or chairman level.

Hirigoyen was also encouraged by the fact that a third of the 200 major companies that recently signed a letter to the prime minister urging the government to invest in a green recovery prioritising “low-carbon innovation, infrastructure and industries” were members of UKGBC.

As hopeful as she was, Hirigoyen also noted that the lockdown has shown how far the industry still has to go.

Even with the pandemic causing GDP to plunge by more than 20%, according to ONS data published last month, the International Energy Agency is only predicting an 8% fall in carbon emissions for this year. Hirigoyen noted that this is a fraction of what is needed if the industry is to achieve net-zero carbon emissions.

Hirigoyen defined a net zero carbon building as one that over its entire lifecycle, from material sourcing to construction to operation, emits no more carbon into the atmosphere than it has taken in, through generating more clean, renewable energy or investing in technologies that suck carbon out from the atmosphere.

“Only a handful of buildings in the UK can credibly be called net zero carbon at the moment,” she said, highlighting the scale of the challenge the industry faces.

One of the rare examples of a carbon neutral building being developed in the UK is 25 Lavington Street in Southwark. During a PechaKucha session, the project’s architect, Peter Fisher, a director at Bennetts Associates, explained how net zero carbon buildings work in practice.

His first example was one from the past: the Wessex Water HQ in Bath, designed by Bennetts Associates and completed in 2000. At the time, it was one of the most sustainable buildings in the UK. Encouragingly, Fisher noted that if the gas boilers were replaced with electric air source heating pumps, the building could meet the UKGBC’s net zero carbon targets.

“The simple, robust, passive measures of buildings like Wessex Water HQ are still relevant today, and that has informed much of what we have done in the past few years,” said Fisher.

Fisher also noted that materials such as cross-laminated timber can be used to reduce embodied carbon emissions, which make up between 30% and 70% of a building’s lifetime emissions, according to a 2015 UKGBC report. He argued that this material also gives a building a “much more material and visceral quality, which ultimately creates a nicer place to work”.

One challenge future occupiers will face as they try to make their buildings net zero carbon emitting is the potential for energy usage to increase in the future. Fisher said that about a quarter of energy use in office buildings comes from IT, onsite servers and associated cooling, which businesses may increasingly depend on as they place greater emphasis on homeworking after lockdown restrictions are lifted. He added that cloud computing, which uses less energy, could be a solution to this problem.

During a question-and-answer session, Fisher also conceded that there could be a conflict between the desire to create net zero workplaces and the industry’s increasing awareness of wellbeing in offices.

He explained that a desire to promote staff wellbeing can often lead to a lot of air being pushed through a building to make sure that it is neither too cold nor too hot. However, this requires a lot of energy, so net zero buildings will need to take a different approach. The solution, according to Fisher, is to design buildings that allow for the natural flow of air.

Basil Demeroutis, managing partner at FORE Partnership, said the biggest roadblock the industry faces when tackling the climate crisis is the lack of a common language to address the issues.

During a 10-minute TED-style talk, Demeroutis argued that the language of the sustainability movement needs updating. “We’re clutching at ideas and there’s no common language to show us what ‘good’ looks like,” he argued.

Demeroutis suggested that a change in language and system were required to foster a more holistic approach that reflects how each part of the acronym ‘ESG’ (environmental, social and governance) is connected.

“We don’t worry about carbon on Tuesdays and community on Wednesdays, like some giant game of whack-a-mole,” he said, explaining that the problems need to be looked at – and tackled – as part of a system.

Blamey began by saying the industry should heed Demeroutis’s advice on the need for holistic system change, arguing that for developers, this means focusing on embodied carbon first and foremost.

Poole agreed, adding that the biggest challenge was shifting the industry away from building developments that create more embodied carbon and towards retrofitting existing stock to make it net zero.

“Any new buildings should meet high standards of sustainability,” she said. “But we should absolutely be focusing on the existing stock.”

She argued that businesses needed to be a lot more aspirational in their net zero commitments. It was relatively easy to make a building net zero carbon producing operationally, Poole said. All people need to do is pick up the phone to an energy supplier and ask for all electricity to come from zero carbon sources.

“We’re not being as ambitious as we could be,” Poole said. “There’s no need to hold back on making changes now.”

Modomo’s Walker also believed that more could be done, arguing that the problem was much larger than energy use and that the industry needed to look at becoming part of ‘the circular economy’, in which waste is reduced by recycling and making full use of sustainable materials.

“The intent is now there,” she said. “As an industry, we’ve done an incredible amount in a short period of time – in just 12 to 18 months. We need to keep the energy up now that we know we want to do it and be bold over the next 12 to 18 months.”

Walker agreed that more ambition is needed in the industry, pointing to her own company’s target of becoming net zero by 2025 instead of 2030. She added that shaving five years off of the more standard industry target would help to emphasise the urgency of the issue.

Savills’ Chick also felt that companies should be bolder, noting that the problem was larger than individual buildings in individual countries.

She argued that the differences in attitudes towards the climate crisis in countries around the world needed to be addressed by global companies, and noted that while many countries in Europe have declared a climate emergency, many countries elsewhere – including the US – have not.

“By putting sustainability at the forefront of their global strategy, global companies can help overcome these local differences in attitudes,” she said.

Referring back to Demeroutis’s idea of system change, Chick argued that developers needed to look at the layout of cities rather than their individual developments.

As lockdowns are lifted, she said that it would be the perfect time to start building self-sufficient communities – where everything a resident could need was within a 15-minute radius – to cut down on unnecessary travel and reduce emissions.

If individuals and businesses across real estate can combine those ideas with that concern, 2020 could yet be the year that the industry realises the art of the possible on net zero carbon and starts to truly rise to the Climate Crisis Challenge.