Javid's speech points to a change of focus

Communities secretary Sajid Javid’s speech at last week’s Conservative Party conference was far less scathing of developers than the one he made just one year ago. 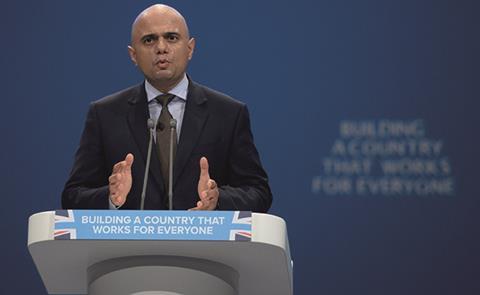 Javid has rowed back from anti-land-banking rhetoric - Source: PA/Stefan Rousseau

Last October, Javid told “big developers” to “release their stranglehold on supply… [and] stop sitting on land banks and delaying build-out”. But last week, Javid made no mention of land-banking. Instead he placed the blame for the “broken housing market” on the shoulders of people who oppose development, and warned that his party may lose its grip on power if the planning system did not improve.

“For decades our planning system has failed to plan for the number of homes we need,” he said. “There has been too much control given to those who will never accept development.

“It is a mark of our failure on housing that the Labour Party, a party led by Jeremy Corbyn, is being taken seriously again.”

Tom Copley, Labour’s housing spokesman in City Hall, was quick to attack Javid’s change of focus as a failure to follow through on his strong words last year.

“Once again tough talk on land-banking has not been followed up by any meaningful action by government so he’s back to blaming the planning system,” he said.

However, Javid’s attack on nimbyism and decision not to accuse housebuilders of land-banking will be welcomed by the industry. Taken alongside the £10bn cash injection into the government’s Help to Buy scheme - which sent housebuilders’ shares soaring - some believe it shows the government is keen to keep developers onside.

Iain Murray, managing director at LIV Consult, said Javid probably realised “he was too confrontational and he needed to back off a bit”.

“It is clear that the government is focusing its attention on the plan-making process to ensure homes are planned and delivered - this is to be welcomed as there is some low-hanging fruit here,” he said.

Sarling also argued that by attacking those who oppose development, Javid was also criticising members of his own party.

“While some Tories see a huge housebuilding programme as the best way to win back support from younger voters who have turned to Labour, others, often in safer seats, remain keen to defend the green belt and listen to traditional Tory voters who say ‘not in my back yard’,” he said.

By stressing that the government’s failure to deliver enough new homes has helped cause a resurgence of the Labour Party, Javid was telling Tory MPs who stand in the way of reform just how vital it is to address this issue.