Kier should look back not forward

Kier doesn’t need ‘Future Proofing’ (the title given to its largely ineffectual turnaround programme). It needs past-proofing, or at least recent-past-proofing. 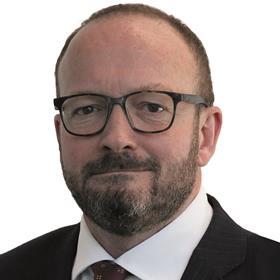 And that means flogging the bulk of the property that contributed to the mini-conglomerate’s debt crisis.

The construction and housebuilding hybrid had once been perceived as an exemplar of conservatism: cash-rich, wary of acquisitions and with a ‘glass-half-empty’ approach to accounting.

It had limited exposure to commercial property and what it developed tied up little capital. That was under previous management, led by CEO John Dodds.

Former finance director Haydn Mursell, who had joined the group in 2011, stepped up to CEO in 2014, bringing in former Balfour Beatty colleague Bev Dew as FD.

During their tenure, a very different-looking Kier emerged. It acquired infrastructure services group May Gurney and consultant Mouchel, outbidding rivals, then contractor McNicholas. The exposure to commercial property assets went up and up, as did the debt.

A series of profit warnings ensued and Mursell responded with the Future Proofing Kier economy drive, or ‘FPK’. But the more pressing problem wasn’t costs; it was debt. In November, it launched a rights issue to raise £264m after net debt hit £624m in October.

Only a minority of shareholders bought the new shares, priced at 409p, and in January, Mursell stepped down “with immediate effect”.

Dew’s impending departure, set for September, came after the company admitted in March that it had “revised” its previously announced December net debt figure, now increasingly detached from the more representative average, from £130m to £180m. 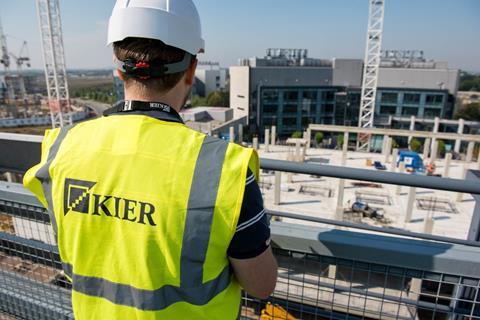 Mursell was replaced in April by Andrew Davies, who had left the relatively stable Wates in an attempt to rescue Carillion. It went bust just before he arrived. On 17 June, he announced a sweeping review and update. The review, due in July, had been “accelerated over the last month due in part to the ongoing speculation regarding the group’s financial position”.

Davies, commendably, took the bull more firmly by the horns than anticipated. Most of the housebuilding was earmarked a quick sale. Facilities management and environmental services were also to be exited.

The capital tied up in the property division was to be roughly halved to no more £100m in the year to June 2020 – ideally it was to go entirely, according to the conference call.

This could be a far trickier job. There isn’t a great deal of disclosure as to what exactly is in the rather diverse portfolio and much of it is in various JVs, with additional non-consolidated debt attached.

A sorry procession of contractors down the years has been seduced by the lustre of higher profits offered by real estate. They subsequently discovered that it could be among the most illiquid of assets when they needed to offload them.

Will they raise enough? It hardly bodes well that the shares are trading at little more than a pound, which values the whole company at less than the extra cash raised.

But at least Davies seems to be taking the drastic actions needed – expunging the vestiges of previous management folly. Symbolically, he’d mark a line in the sand by dumping the trite ‘FPK’ label.