A taxing issue for councils

The pandemic has focused minds on a raft of ethical questions: how landlords treat their tenants; what more the industry can do to rise to the climate crisis challenge (launching green bonds, for example, as Atrium European Real Estate has); and how RICS could better have handled its governance crisis. But it is not just the industry that has found itself in the spotlight. 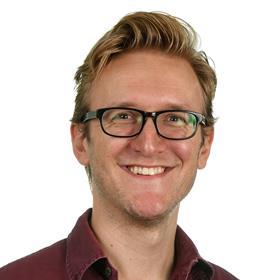 Ethics are also at the heart of a four-month investigation by Property Week into local authority commercial property investment. A freedom of information request sent to all 343 councils in England reveals that 11 have invested £820m of taxpayers’ money in tax haven-based property trusts, saving an estimated £27m in tax in doing so (p24). The practice raises huge ethical questions.

On the one hand, the councils are not doing anything illegal, and the tax savings make fiscal sense given the financial pressures that councils across the country are under. According to a 2020 report from the Institute for Government, council grants have been slashed by 38% in real terms over the past decade, while council spending power has plunged 18%.

The pandemic has only compounded matters. Suddenly, local authorities have been asked not only to do more with less but also to tackle the worst crisis the country has faced since the Second World War with barely two pennies to rub together. Given all this, it is hardly surprising that some have tried to make any savings they can.

However, there is a fundamental contradiction at play here. After all, councils are largely funded by general taxation. By slashing the amount of money they are paying in tax through these offshore vehicles, they are biting the hand that feeds them.

Many of their constituents wouldn’t be too happy if they knew about it either. As Labour MP Clive Betts puts it: “Councils have to be very careful about using vehicles that avoid tax when most of them will be putting council tax up 5% this year.”

Conservative MP Sir Geoffrey Clifton-Brown certainly thinks there are questions to be answered. In direct response to our campaign, he has written to the Treasury urging it to clamp down on councils investing in tax-haven property trusts.

It makes me think about my local council in Croydon, which went bankrupt last November following a report by its auditors earlier that month blaming its woeful financial situation on its decision to finance commercial property investments with £545m of central government borrowing. The vacant Croydon Park Hotel the council bought with that money is a two-minute walk from my flat.

Would Croydon have been in a better financial position if it had made tax savings on its commercial property transactions? It might have been. Then again, how would I feel about paying council tax to a local authority that is avoiding tax?

For me, these ethical questions are entirely hypothetical. But for the residents of the councils that have avoided tax, they are very real.