If this lockdown ever ends and we are allowed to go shopping again for fun, non-essential things (remember those?), I’m seriously starting to wonder if there will be any shops left on the high street to shop in. The signs are not good. 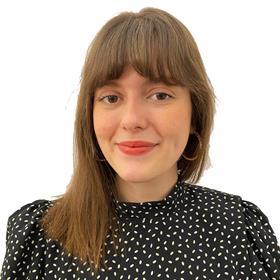 The week started with online fashion retailer Boohoo cementing a deal to buy Debenhams’ brand and website for £55m – but not its 118 remaining stores. News also broke that Boohoo’s rival ASOS is in pole position to buy Topshop from Arcadia’s administrators. As Property Week went to press, there had been no word on how many – if any – of these stores would survive. So have we now reached a tipping point? Is this the moment some of the UK’s most iconic and once seemingly infallible retail brands disappear from the high street forever?

No-one is disputing Debenhams has been partly the architect of its own demise and lost its relevance over the past two decades. Some will point out that the retail market is constantly evolving. Out with the old, in with the new. But therein lies the problem – there is no ‘new’ in terms of takers for large chunks of bricks ‘n’ mortar space, certainly not at the moment.

Bricks ‘n’ mortar retail was already in dire straits before Covid-19, which, to add insult to injury, has played straight into the hands of online retailers (Boohoo has already snapped up the now online-only Oasis and Karen Millen).

The closure of Debenhams stores will leave a gaping hole in almost every high street across the country – one that will not easily be filled, as we report this week. Sure, there is the potential to convert stores in the better locations into residential or mixed-use schemes. Others could lend themselves to innovative leisure concepts. Inevitably, Mike Ashley is rumoured to be interested in taking some space. But the costs of conversion are huge and you have to question how many stores in more parochial locations will find takers.

Once again, it won’t just be the former household retail brands that suffer. The forgotten victims are the retail landlords, who like their bricks ‘n’ mortar retailer counterparts, find themselves losing out to the relentless rise of online retail. Some could well be so desperate that they offer rent-free deals to avoid paying towering empty rates bill on chunky buildings.

However, as the property industry braces itself for more pain and more closures, there is light at the end of the tunnel. The BPF, landlords, agents and forward-thinking retailers are working hard to find solutions. This week, retail guru Mary Portas wrote to the Treasury calling for an incentive scheme similar to ‘Eat Out to Help Out’ to encourage people back into shops.

Such initiatives will help, but far more is needed. It would be good to see more business rates relief for bricks ’n’ mortar retail and online retail properly taxed for a start.

On a brighter note, after the phenomenal success of the campaign last year, we are gearing up for year two of The Climate Crisis Challenge, in collaboration with UKGBC.