While neither side in the battle for Earls Court has directly accused the other of lying, they have near as damn it.

On Monday, Capco denied that its boss, Ian Hawksworth, had struck a deal with the London Borough of Hammersmith and Fulham’s leader Stephen Cowan to hand back the social housing estates at the centre of the controversial Earls Court scheme. These are the estates where residents have been a constant thorn in Capco’s side since the group agreed to buy the land almost seven years ago and where Hawksworth has seen his much-criticised project lose £450m in value since 2016.

Capco’s denial flew in the face of a letter to residents in which Cowan said the deal with Hawksworth was struck at a meeting on 2 March. In other words, Hawksworth was calling Cowan a liar.

Less than thrilled with this, Cowan effectively called Hawksworth a liar right back. On Wednesday, Cowan said he was prepared to publish letters between Capco and the council that his spokesman claimed would show “Hawksworth did agree it would be in the best interests of the council and Capco to return the estates to council ownership”.

Cowan claims he and Hawksworth shook hands on the deal, so creating the perception of Hawksworth as a man who does not honour a handshake.

This was starting to resemble a 17th-century duel between two men both claiming to be the only true gentleman. I would not be surprised if one of them throws down a gauntlet and suggests pistols at dawn next. Frankly, it’s all got a bit pathetic.

The simmering row escalated into a boiling fury when Cowan launched an investigation into his Tory predecessors who ran the council up to 2014. The ultimate aim of this investigation is to stop Capco in its tracks. 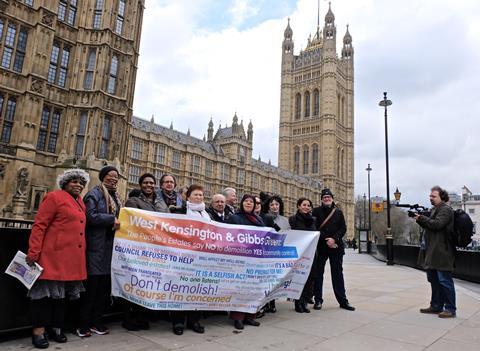 From where I stand, both sides want the same thing. Cowan wants Capco out of Earls Court and Hawksworth would gladly get out, if only he could find a buyer crazy enough to take on the protesters and the council.

Earlier this week, local Labour MP Andy Slaughter labelled Capco “the unacceptable face of capitalism”. But Cowan and Slaughter should be careful what they wish for. Capco may not be to their liking, but what could come after Capco is likely to be even less palatable to their populist tastes.

Can you imagine a billionaire Saudi investor giving two hoots what the council or protesters think about his plans to make as much money as possible? Would a Far East sovereign wealth fund sit down with Cowan to at least try to agree a mutually beneficial way forward? Would an aggressive American investor attempt to keep the residents happy? No, no and, er, no.

They would just wait for the right time to pounce and do exactly what they planned, making shed-loads of cash in the process.

Cowan’s claims that he can prove Hawksworth agreed to the deal on the estates mean nothing unless he produces those letters so we can see what was actually put in writing. Cowan may well be correct, but he cannot call Hawksworth a liar if he’s not going to produce the evidence. There’s nothing honourable in that either.