Don’t bury your head in the sand

The Bank of England last week warned that the UK was facing its longest recession in 100 years as it raised interest rates to 3%. Coming off the back of the Covid-19 pandemic, the Russia-Ukraine war, the UK political merry-go-round, supply chain costs rapidly increasing and the cost-of-living crisis, this makes for gloomy reading as we start the countdown to Christmas. 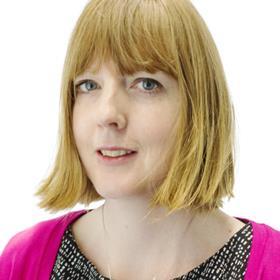 Only five weeks into my role at Property Week, I can’t offer much advice for the property sector, although from my experiences and conversations so far it seems to be a resilient industry. But hiding away from what is coming won’t help.

Columnist Peter Bill offers a potted history on the last recession, stating that between mid-2007 and mid-2010, the top UK commercial agents shed 3,300 fee-earning staff, a decrease of around 20%. He adds that capital values fell by 24% between July 2007 and September 2008 and combined revenues of the top-20 commercial agents fell 17% in 2008-09. He warns against the denials of slumps that were seen last time and predicts we will repeatedly hear companies saying they are getting “back to their competencies” as they assess their finances.

Signs of the downturn are already being seen in the market. Allsop recently said it was starting to witness a rapid price correction across all commercial property sectors; the Council for Licensed Conveyancers warned its members to expect a slump in workloads; and this week alone Halifax and Savills released figures showing a drop in house prices, as housebuilders reported cancelled sales. Meanwhile, proptech experts have warned investors not to ignore “plummeting values”.

But surely property, as with all other sectors, has moved on since those very dark days Bill outlines and technology and changes in working might soften the blow.

Another columnist, Mark Dixon, founder and chief executive of IWG, highlights that Covid-19-accelerated hybrid working is already proving an important cost saving that wasn’t available before. He says an IWG survey of CFOs shows 87% regard it as a more affordable business model, and that many have already opted for short-term leases or shared workspaces. Meanwhile, a Global Analytics survey shows that hybrid working can save companies more than $11,000 (£9,800) per employee per year.

Modern technology can also aid property valuations according to Roland Whyte, chief executive of Nokkel, the app for property owners: “The property world is changing at pace, with an ever-increasing flow of available data. This should lead us towards a more fact-based approach to assessing a property and its value and remove motivationally driven noise.”

In other areas, the market is looking at new ways to solve problems. The Northern Ireland Housing Executive, the public housing authority, set an interesting precedent when it released 10 construction firms from contracts, put in place to provide improvement and maintenance programmes for around 3,600 homes, after realising that, if honoured, the contracts would have driven the companies into administration. Experts have predicted that in the current situation, private sector clients may also be forced to renegotiate. Charis Beverton, partner at Winckworth Sherwood, says: “Reopening contracts may feel unappealing, but the alternatives could be worse.”

Of course, burying one’s head in the sand over the impending recession remains an option, but surely the industry is better armed to weather the storm and will come out the other side quicker if it keeps its eyes open.