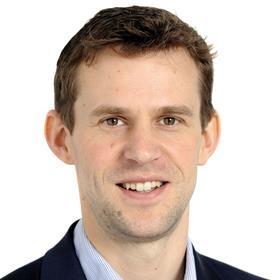 Twenty-one days after March’s rent quarter day, just 67% of rent and 56% of service charges had been paid, according to Remit Consulting’s ongoing survey of 18,350 properties.

However, what is of much greater concern is the level of rent landlords can expect to receive later this year. They are already braced for lower collection rates in June and the situation beyond that point is far from certain.

Tenants are already pushing hard for long-lasting concessions. Street Feast founder Jonathan Downey’s campaign for a nine-month rent-free period for retail, hospitality and leisure operators has gathered momentum in the past week with big-name occupiers and trade bodies pledging their support.

Meanwhile, Travelodge has written to landlords asking for rent cuts on some properties until the end of next year, even if it is able to reopen in the next couple of months.

Landlords are likely to rebuff requests like this – and so they should at this stage. The lockdown is likely to be lifted gradually and something approaching business as normal could well resume at some point in the summer. If the lockdown is successfully lifted, landlords will be well within their rights to demand that cash-rich tenants pay their dues later in the year.

However, the sad reality is that nobody really knows what will happen. A gradual reopening of the economy could well lead to an increase in Covid-19 cases and the return of strict social distancing rules. Such a scenario would put the future of even some of the strongest retail, hospitality and leisure businesses in doubt, and few would be in a robust enough financial position to keep up with their rent payments.

The problems would not end there. For now, lenders are willing to support landlords that are struggling because of reduced rent receipts. However, their patience isn’t infinite. As Neil Odom-Haslett, president of the Association of Property Lenders, warns “there isn’t a magic money tree and lenders can’t simply write blank cheques”.

A ‘furloughed space grant scheme’, under which the government would step in to pay the fixed costs of struggling retailers would go a long way to addressing the concerns of landlords and their lenders alike. But government support, as important as it is, only goes so far.

The economic fallout of sustained restrictions on ordinary life is impossible to predict. Even when estimating what will happen to the economy in the current quarter, economists have issued wildly differing forecasts. At one extreme, JP Morgan has predicted that UK GDP will shrink by 7.5% and at the other, Capital Economics has forecast a 24% contraction. All this goes to show is that how this year pans out from here is anyone’s guess.

All we can really do is hope for the best and prepare for the worst.