Green giant: how Ireland went from boom to bust to boom again

Optimism is in the air in Ireland.

Cranes fill the Dublin skyline and developers of office space are entering a new phase of building activity with a vigour not seen since before the global financial crisis.

Agents are cautiously optimistic about the likely impact of Brexit - most expect the city to become an outpost for UK-based companies wanting a foothold in the EU rather than a beneficiary of full-scale relocations from the City of London.

However, many have received enquiries from companies that are weighing up their options and some are close to completing deals - for more space than some predicted, too. Only last week, Bloomberg reported that JP Morgan is in talks to buy an office in Dublin in response to Brexit. 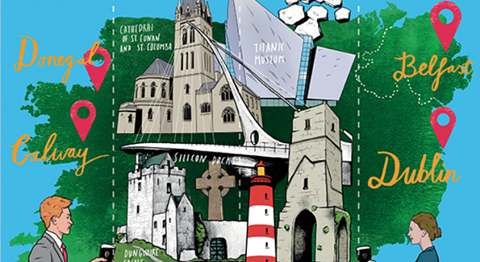 The office market in Belfast is also in rude health, driven largely by demand from banks, professional services and cyber-security firms. Although the city’s future is more uncertain than its neighbour’s as a result of it being part of the UK, it has strong foundations to build upon having been transformed in the 20 years since the signing of the Good Friday Agreement.

And it isn’t just the office market that is doing well; a burgeoning tourism industry has spurred on developers to build the hotels needed to accommodate visitors - 27 are either in planning or under construction.

The island of Ireland still faces many challenges, of course. The housing crisis in the Republic in particular threatens to stifle the country’s growth. While housebuilding activity has increased, not everyone is convinced enough is being done. Overall though, both Northern Ireland and the Republic are flying high. And it will take a lot more than that to clip their wings.